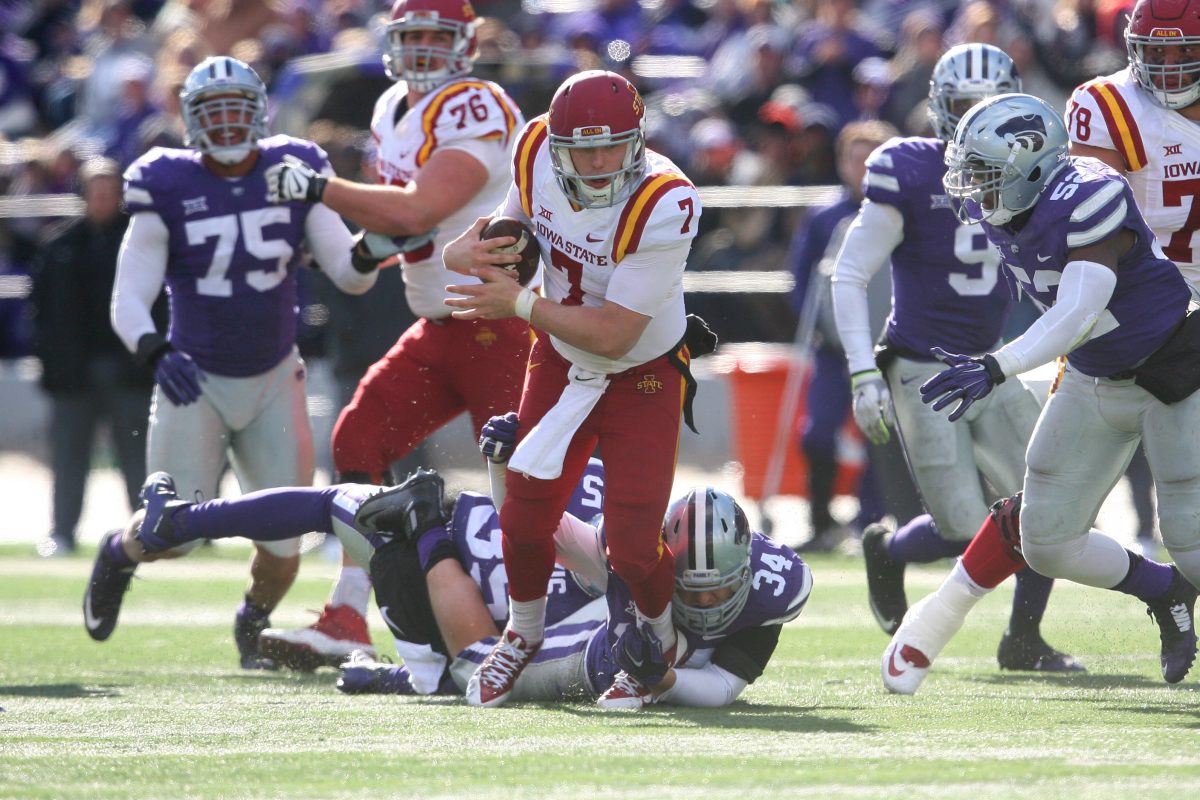 AMES — Joel Lanning understands the range of emotions a coaching change can bring.

Heck, the Iowa State quarterback experienced them all Sunday when he learned his head coach, Paul Rhoads, would be relieved of his duties after capping his seventh season with Saturday’s 11 a.m. road game at West Virginia.

“I think it was everything, anger, disbelief, people getting emotional,” Lanning said. “You don’t ever want that. You want everyone to do well in their jobs and succeed. It’s just a business that the coaching staff chose to be in and it’s not an easy one.”

No, it’s not. Nor is moving on. But move on the Cyclones must — at Morgantown and the seasons that follow.

“Obviously it’s going to be hard to make the transition,” sophomore receiver Allen Lazard said. “But we return a lot of guys. We lose a few guys up front which is always a huge loss, O or D-line, but we’re just going to stick together and fight our way through this.”

The players loved Rhoads. There’s no question about that. But Rhoads preached loving one another. The brotherhood. That doesn’t go away even as the head coach and his staff does.

“I have no idea who the next guy will be, but hopefully they bring the passion and hard work every day like coach Rhoads did to this program,” Lanning said.

Rhoads said the 2016 Cyclones are talented enough to carve out a winning season and bowl appearance for the first time since 2012.

The key is making sure the team remains intact. Rhoads said it would be unwise for a younger player to consider transferring rather than face and overcome the uncertainty of change.

“That’s a bad move,” he said. “They’re in a great place. A great place. Ames, Iowa, Iowa State University, with all kinds of people that support and care about them with an opportunity to get their education and play football at the highest level; would not be a wise move for any of them to make.”

“That could be the talk right now,” the sophomore quarterback said. “A lot of people were maybe emotional and getting frustrated because they don’t want him to leave. I think once everything calms down and kind of blows over, people will start to realize, ‘OK, I’m going to end up staying here and finishing up my education.’ Just see who they hire and go from there. It’s just very emotional and everyone is kind of going crazy right now.”

Lazard said Rhoads’ prediction that the 2016 team will succeed is well-founded.

“I think we’re headed in the right direction,” Lazard said. “We had our hiccups this year but I think we’ll be a much-improved football team next year.”

“I think he knows and a lot of the people in this locker room know that w’ere going to be a really good football team next year,” Lazard said.

Saturday’s finale could serve as the precursor to that pre-planned rise, but only if they stick together. 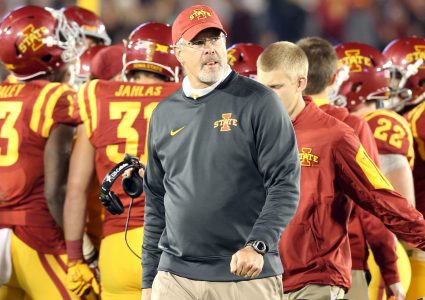