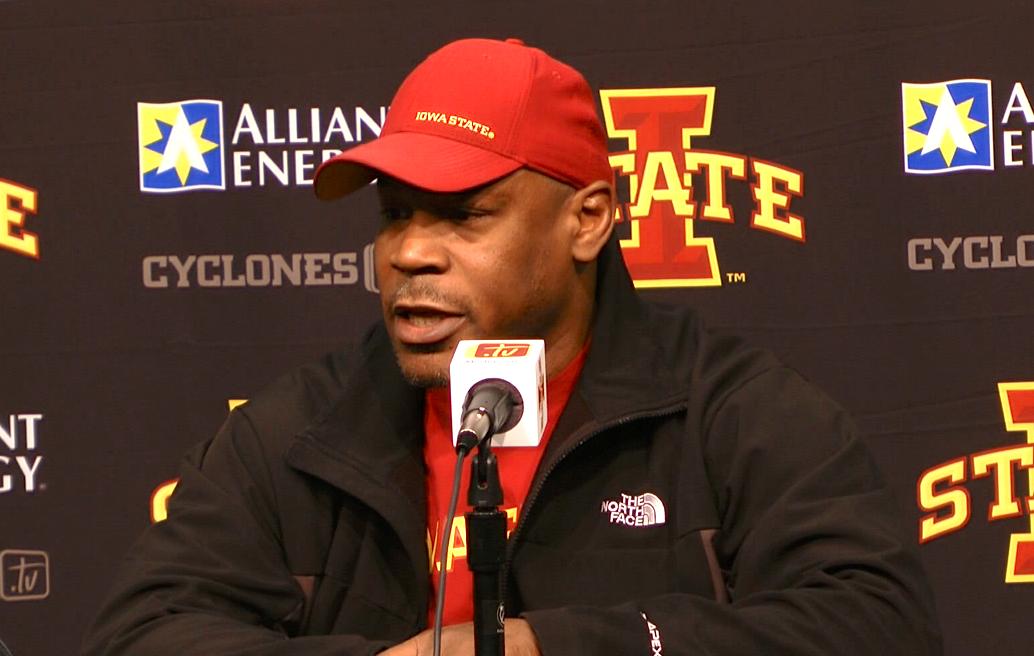 The rest of the 2014-15 Iowa State wrestling team didn’t, which serves as a big reason the returning Cyclone grapplers enter this season with something to prove.

Gadson’s now a graduate assistant. The five returning qualifiers — led by 2014 All-American Earl Hall — are understandably bent on setting the stage for a strong March this time around.

“It is always in the back of my mind,” Hall said.

Now it’s in the forefront.

ISU, ranked No. 18 according to flowrestling.org, is set for a showdown with fifth-ranked Virginia Tech at noon Saturday at Blacksburg, Va. The Cyclones’ seventh-year coach, Kevin Jackson, said there’s enough talent in the room to turn last season’s overall disappointment at nationals into a distant memory — if every wrestler performs to the best of his ability at all times.

“We’re not in that rebuilding phase no more,” said Jackson, a two-time World and Olympic champion who captained the last ISU national title team in 1987. “We have built this program to where it is at right now and we are looking to keep on moving forward. I feel really good about that.”

Jackson felt pleased with the progress for most of last season as well. The Cyclones went from 9-7 in duals in 2013-14 to 11-2 in 2014-15. But March is March and for whatever reason, the results diminished when the calendar turned to wrestling’s biggest month.

“We know we didn’t capitalize on the opportunity presented to us,” Jackson said. “If some performers performed at their ability, we could have been in the top five, probably.”

Instead, the Cyclones finished 14th — and graduated two of its top performers in Gadson and 165-pounder Michael Moreno, a two-time All-American who also remains in the room as a graduate assistant.

Several wrestlers intent on breaking through in 2015-16 remain, including 2015 NCAA Championships qualifiers Hall, Gabe Moreno (157), Tanner Weatherman (down a class at 165), Lelund Weatherspoon (down to 174) and Dante Rodriguez (141). With wrestlers such as these returning to Ames, expectations are again high.

“Our goal is to win a conference and national championship,” Hall said.

It could prove beneficial for both Weatherman and Weatherspoon to move down a weight class.

Weatherman thinks the change will give him a chance to better utilize his speed and power, while Weatherspoon feels 174 is a more natural weight class for him.

“I was a little undersized the past three years,” Weatherman said.

Along with wrestlers transitioning to new weight classes, the Cyclones still have battle for certain weight classes, like: 125 and 141. Iowa State also brings in several touted newcomers. The young wrestlers are diverse in talent and were recruited mostly from Iowa, but some came from out of state.

“We have quality guys at each position,” Jackson said.

The level of effort expended in the room and on the mat will determine whether those promising wrestlers can turn up improved results at nationals.

The march to March begins in Blacksburg, where the underdog Cyclones will try to turn that collective chip on their shoulder into a building block for future success.

“I think we’re going to surprise some people,” Jackson told reporters on media day. “What that looks like, what that ends up rolling out and being, the national championship’s going to decide that. But I think early on in the season as we move through these first few months, I think people will recognize that we’ve got a pretty good team.”

**- Will be out with an injured shoulder

***-suspended to begin the season 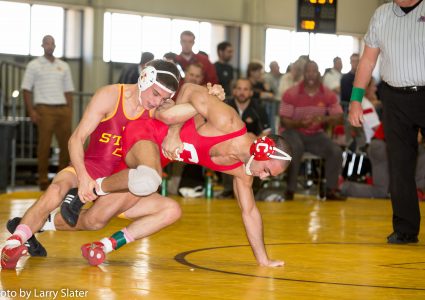 WRESTLING: Second half of the season preview