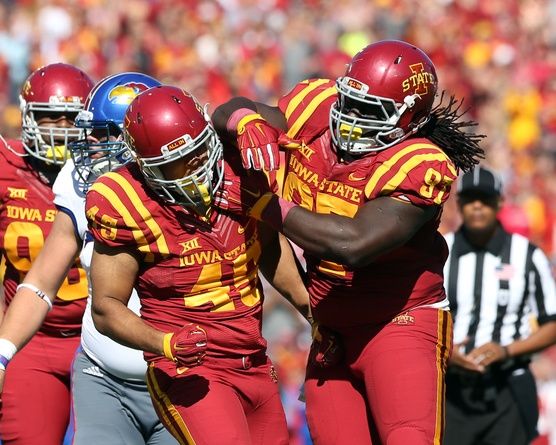 It’s going to be a busy week, dudes.

Men’s basketball media day is tomorrow. The women will take center stage on Thursday. It’s obviously game week as football will travel to Texas Tech on Saturday as well.

1) I participated in a passionate group text message last night in which one person couldn’t understand how the point spread for Iowa State’s looming road trip to Texas Tech was only 11.5 points.

It’s the exact same reason that Tech was a 17-point underdog (and failed to cover) last week vs. Baylor. Over the last three weeks, Tech has played at Arkansas, TCU and Baylor. This team, which (like Iowa State) lacks depth, is gassed both physically and emotionally.

Fresh off of a bye followed up by a convincing win over Kansas, Iowa State could not have drawn a better week to play this Texas Tech team.

2) Texas Tech’s defense is currently ranked 127th out of 128 D-1 programs but any non-surface-level thinker out there should be able to figure out that number is skewed. Any team that plays TCU and Baylor in back-to-back weeks is going to be on the struggle-bus when it comes to the “total defense” stat.

What about when the Red Raiders gave up 637 yards to Sam Houston State though? How about when UTEP ran for 227 yards against Kliff Kingsbury’s team?

Tech’s D isn’t as bad as its ranking but let’s make one thing clear early in the week: Iowa State should be able to move the ball against this team.

3) This brings me (and everyone else) to the big issue when it comes to Iowa State potentially winning Saturday’s game.

The good news here is that clearly, Iowa State’s defense is significantly better than a year ago. Barring an explosion from Iowa State’s offense, some Texas Tech turnovers will need to be forced.

4) According to ESPN’s Football Power Index, Iowa State’s remaining strength of schedule is the toughest in America. (Gulp) 5) Texas is reeling after its embarrassing 50-7 loss to TCU but before you go all in on the “Longhorns are awful” rant, know the facts. Texas’ four losses were to Notre Dame, Cal, Oklahoma State and TCU – four teams with a combined record of 19-1. The one loss belongs to Notre Dame, who dropped a heartbreaker to Clemson (who many people believe is a playoff team) last Saturday.

I don’t think Texas is very good. Heck, I predicted Iowa State to beat the Longhorns before the season began (which I still think will happen). But there is some context to the 1-4 start.

But then again, how much context is necessary when that once proud program loses 50-7 to anybody?

7) Anyone criticizing Iowa State’s holder Austin Fischer for his wild celebrations after PATs needs to get a life. Let the kid have some fun. If he’s doing that when the Cyclones are down a couple of touchdowns, then that’s an entirely different story.

8) While watching Ohio State struggle to defeat Indiana this weekend, I tweeted a question asking how/why any AP voter could vote the Buckeyes No. 1 this week. After watching Ole Miss (the team that I would have voted No. 1 before Saturday) lose to Florida, I looked at the polls on Sunday and asked myself: “Really, who deserves to be No. 1?”

I have no clue.

Let’s be honest though: Anybody voting Ohio State at the top spot is doing this off of history and nothing more. Ohio State to this point is like Florida State last year

If I had a vote, I guess I’d vote TCU but at the same time, wouldn’t feel very good about doing it. Hell, Oklahoma has a much better resume than the Horned Frogs.

10) As of this month, I have now been at Cyclone Fanatic for six years. Thanks to all of you guys for the support you give our site. It’s been an incredible journey. Cheers to many more. 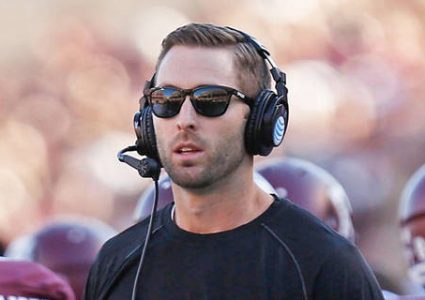