The exuberant walk-on attracted national attention recently with his vigorous fist-pumping after extra points and field goals made by Cyclone kicker Cole Netten. Fischer also developed a popular bow and arrow routine and unveiled it during Saturday’s win over Kansas.

That’s the one that’s been banned by ISU coach Paul Rhoads.

"Well, because that will draw a flag," Rhoads said with a smile.

What’s not to like about Fischer’s other emphatic exploits, though? Nothing, in Rhoads’s mind.

"I think it’s fantastic,” Rhoads said. “I love the passion and the enthusiasm that goes along with it. As big of a charge as anything on Saturday was for our kids to go out there and have fun, to go out there and enjoy playing the game of football and Austin does that and his role is not insignificant. He’s doing a great job at it and has done a great job at it in the past. To be able to stand up and enjoy that moment is fantastic.”

He’s not alone in enjoying Fischer’s ebullience. National media outlets from ESPN to The Washington Post and Bleacher Report have drawn attention to the Ankeny native’s ability to spice up what’s typically viewed as a mundane — though occasionally pivotal — type of play.

Count ISU sacks leader Dale Pierson as a fan, too.

"Amazing," said Pierson, who hails from Bakersfield, Calif. "They’re cool. A lot of guys back home, they’ve been tagging me on Instagram with videos of Fischer pulling the bow back and letting it go — just very excited about that (kick)."

No more bows, though. Coach’s orders.

"His quiver will stay at home," Rhoads said. 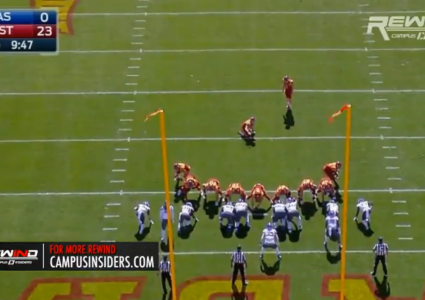 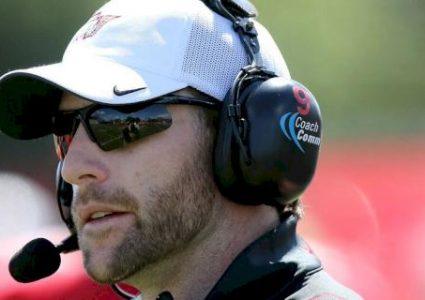 Where Are They Now: Austin Flynn