AMES — After Tuesday’s practice, Paul Rhoads said that quarterback Sam Richardson continues to improve as a vocal leader as he starts his senior season behind center for the Cyclones. Richardson is firmly planted as the starter entering the season, but the backup job is still up for grabs between Grant Rohach and Joel Lanning. See Rhoads’ thoughts on Richardson’s improvement and the battle for the backup spot in this CFTV production. 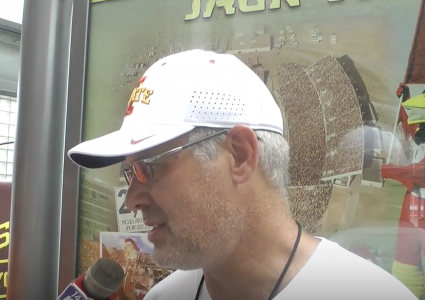 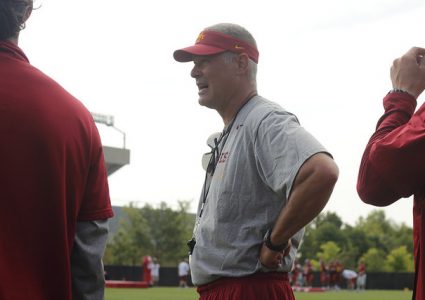