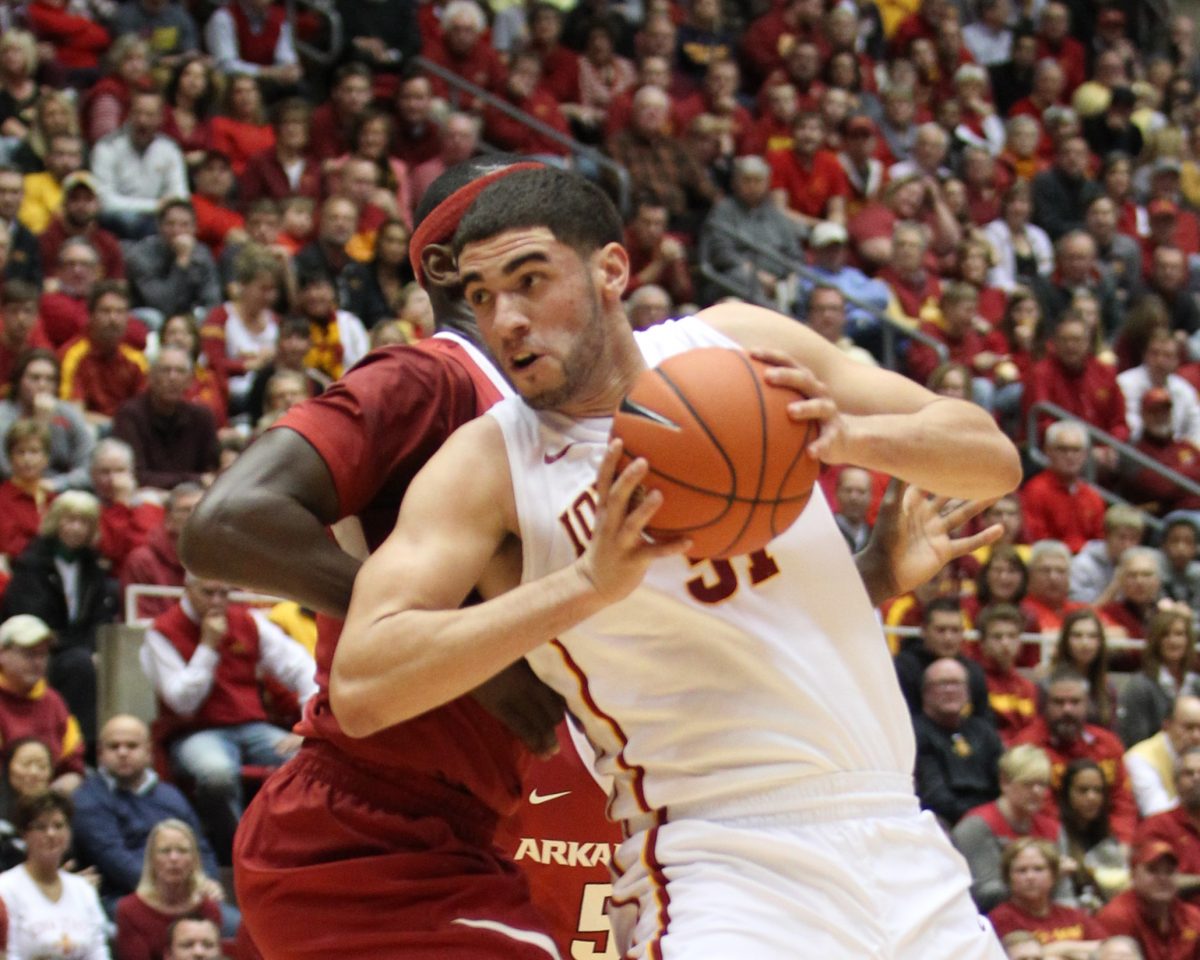 AMES — The Georges Niang hype machine’s in full effect again — and should be given the strength of his recent performances.

“If there’s a better college basketball player in the country, I want to see him — in terms of being complete,” TCU coach Trent Johnson said of ISU’s star forward, who scored 17 of his game-high 23 points in the second half Saturday as the No. 15 Cyclones pulled away from the Horned Frogs, 83-66. “Now, there’s some guys out here who can jump to the moon and all that. For me, (it’s) the subtlety which he plays with: screening, catch and passing with two hands, going left, right, shooting; turn left shoulder, turn right shoulder, shoots the 3. Understands angles.”

He could go on. Niang’s been at his ultra-versatile best in ISU’s latest wins over Texas and TCU. And Saturday — even though it came against a struggling 14-7, 1-7 Horned Frogs team — he helped forge a win that came with that elusive killer instinct attached.

The Cyclones (16-4, 6-2) hit TCU with a Niang-led 8-2 burst out of halftime. Johnson called a timeout after seeing what became a second-half trend established within 2:15.

“I felt I needed to be aggressive to get us going,” said Niang, who added eight rebounds and three assists. “We were coming out a little flat. I was just trying to create plays to help my team win.”

After Dustin Hogue rolled from a pick to a wide-open dunk, ISU led 45-35 and appeared headed for its first conference season blowout. The smiles were delayed, though. The Horned Frogs hung around briefly, pulling within five at 52-47 with 10:57 left on Kenrich Williams’ layup with 10:57 left.

Cue Bryce Dejean-Jones, who dropped in a short jumper.

Niang then hit two free throws and Monté Morris drove for a pair of layups to put the Cyclones up 60-47. ISU maintained a double-digit lead the rest of the game — and won by more than six points for the first time this Big 12 season.

“I just feel like we’ve made an emphasis on finishing a game,” said Dejean-Jones, who scored 16 points and is 10 of 13 from the field the past two games. “That’s what we’ve been talking about. … We get a lead and then kind of let them back at the end. Playing a little too (sluggishly). Today we tried to step it up on both ends of the floor."

Morris joined Dejean-Jones with 16 points and added six assists. His confidence — and production — at the rim continues to rise.

“I feel like we did a good job of staying together through a little adversity,” said Morris, who also stripped away a steal for the 16th straight game. “We had a lot of turnovers (8) in the first half. We made it hard on ourselves in the locker room and we came out and did the job and kept the foot on the pedal.”

And on the Horned Frogs’ necks. ISU outrebounded TCU 44 to 30 and only allowed 12 offensive boards. To put that in perspective, the Horned Frogs scooped up 26 offensive rebounds in a narrow 64-61 home loss Wednesday to league-leading Kansas.

“That was huge,” Cyclone coach Fred Hoiberg said. “That was the key going into the game, if we could control that or hang with them. They’ve got great size and they play extremely hard. That’s the thing that just jumps at you when you watch film on this team, is how they get after you.”

Saturday, ISU turned TCU’s strengths upside down — and that includes defense. The Cyclones shot a torrid 63 percent in the second half against a team that holds opponents to an average of 35.4 percent shooting. Niang, who went 8 of 15 from the floor, had a lot to do with that, but not without the usual help from his friends.

“The team that I play on helps me succeed,” Niang said. “That’s really who I owe it to — for playing for the best coach in America and again with the best point guard in America (Morris). I’m really in a great situation.”

Georges Niang: “A gym’s a gym” 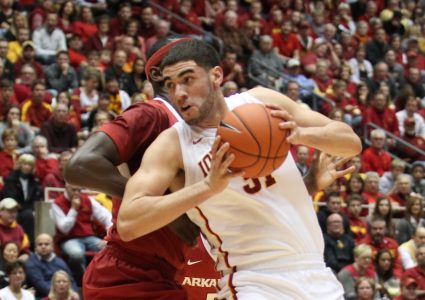