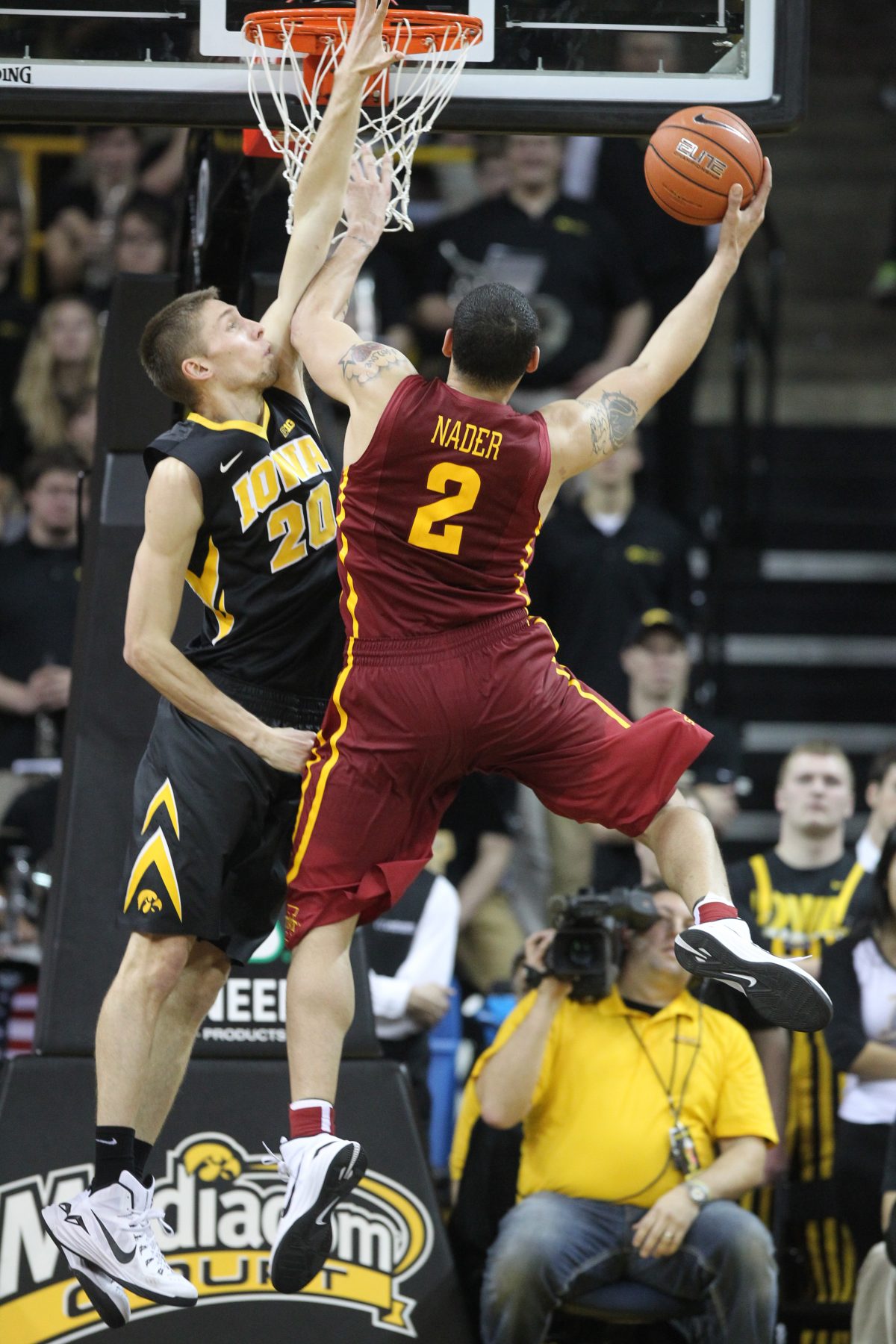 IOWA CITY — Iowa fans started leaving Carver Hawkeye Arena with eight minutes to play on Friday night. That’s how good Iowa State (7-1) was in the second half of a convincing 90-75 victory over its in-state rivals, Iowa (8-3) from the Big Ten.

Fred Hoiberg’s team did this without the services of its top rebounder and second leading scorer on the season, Bryce Dejean-Jones, who was suspended after a run in with the law on Thursday.

Somebody had to step up for Iowa State and plenty of Cyclones were up to the challenge. No Cyclone was more ready to play than junior Abdel Nader, who came off the bench to go 4-for-6 from 3-point range and score 18 points.

The usual suspects were outstanding too.

After going 1-for-8 in the first half, Georges Niang rallied and had 16. Monte Morris and Dustin Hogue picked up the slack with 14 and 13 respectively.

Check out CycloneFanatic.com later this evening and on Saturday for more coverage of the win.