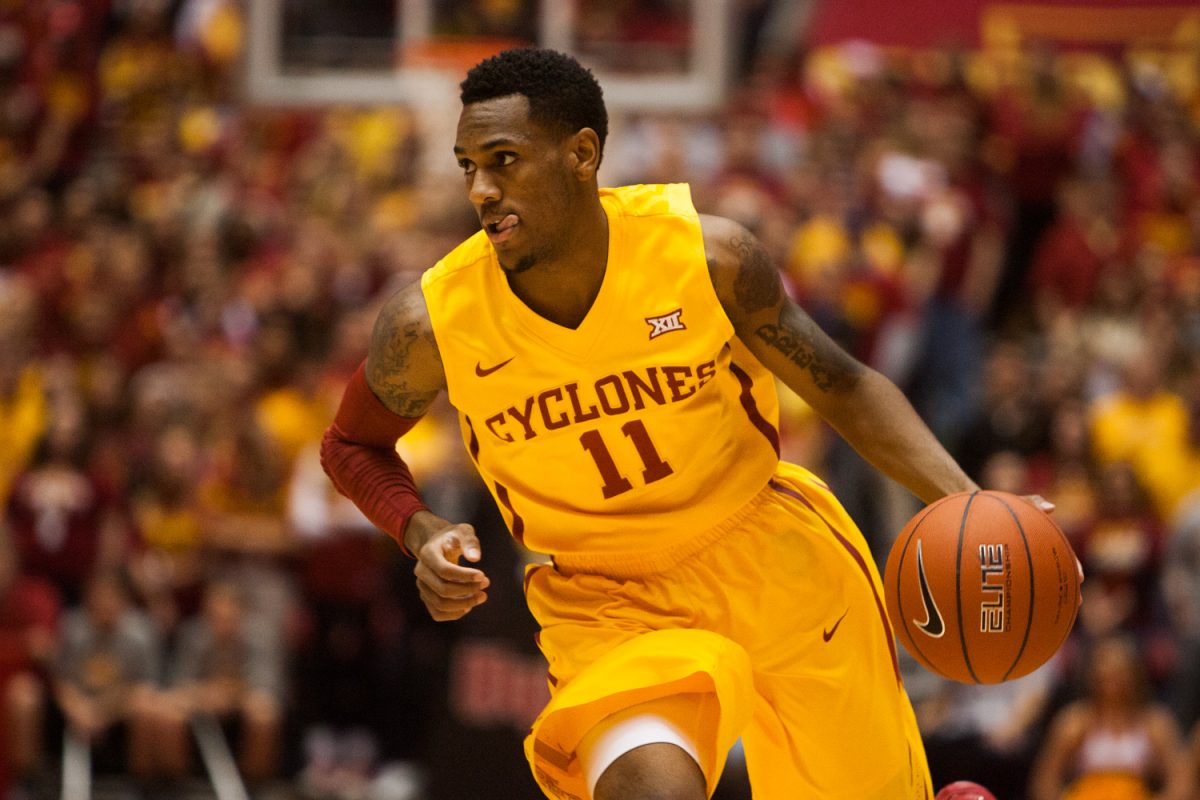 When Iowa State’s non-conference basketball schedule was released during the offseason, there was an early game that Fred Hoiberg’s coaching staff circled immediately.

The team that will stroll into Hilton Coliseum on Monday evening is not your ordinary mid-major.

The Panthers, who won the Sun Belt’s regular season title with a 25-9 (17-1) mark a season ago, boast what Hoiberg recently referred to as one of the “best backcourts in college basketball.”

This is why it is possible that giving up a concerning 82 points to Oakland on Friday might have been the best thing that could have happened to this Iowa State team. Combine Iowa State’s prior knowledge (respect) of what Georgia State has to offer and a renewed focus following Friday and the Cyclones should be as sharp as a tack come 8 p.m. Monday (on ESPNU).

D IS THE KEY

Iowa State, who made 51.7 percent of its field goal attempts in the opener, can score with the best of them but read the following quotes from after Friday’s game and tell me what you think Hoiberg preached in his postgame speech to the team.

Georges Niang: “It’s a little disappointing defensively. I feel like we’d get two stops and really couldn’t propel ourselves to get that third one. Everybody has to look themselves in the mirror, including me, and really work on getting stops down the stretch.”

Dustin Hogue: “In order for us to be a great team we have to be a defensive team. I think we’re not allowed to take any time off and we came out slow in the first half, but the second half we were able to pick it up and stop their scorers.”

Hoiberg: “That’s what’s going to make the difference for us this year, if we can consistently find a way to get stops. I think we’ve got guys here capable of doing it. Obviously we’re a little thin on numbers right now (with Matt Thomas and Abdel Nader out one more game because of suspensions). When we get our full roster, I’m excited to see what we can do on the defensive end.”

Oakland made 51.8 percent of its field goal attempts including a 9-of-24 mark from 3-point range.

If Iowa State doesn’t tighten things up for Georgia State, without three of its top eight players in the lineup, the Cyclones could very well lose to the unanimous preseason favorites in the Sun Belt even if the game is at Hilton.

For what its worth, Iowa State is 48-4 over the last four years when playing at home. If you stroll into Hilton not wearing a Kansas jersey, beating Iowa State has proven to be a minor miracle.

Usually when mid-major programs come to Ames in mid-November, the Cyclones are notched as 20-plus point favorites.

Iowa State is a 10.5 point favorite over the Panthers and some might say that line is too big.

Time will tell, but Georgia State is a mid-major program with high-major talent.

It all begins with a 6-foot-5 junior named R.J. Hunter, who NBA Draft Express currently has tabbed as the No. 22 pick in its latest 2015 mock draft.

Hunter led the Panthers in scoring last season at 18.3 points and 4.6 rebounds per game while knocking down 39.5 percent of his 3-point attempts. Hunter, the son of Georgia State head coach Ron Hunter, scored 24 in Georgia State’s 115-55 season opening win over Tennessee Temple.

Hunter is joined in the backcourt by another pro prospect and former top 40 recruit, 6-foot-2 point guard Ryan Harrow. Harrow, a former Kentucky Wildcat, averaged 17.8 points last season but impressively dished out 4.2 assists per game. Reports out of Atlanta note that Harrow’s jump shot is vastly improved compared to last year. Harrow led Georgia State with 25 in its opener.

And then there are two more transfers, former Louisville Cardinal Kevin Ware and Curtis Washington (USC). You might remember Ware as the guy who suffered one of the most frightening broken leg injuries in sports history in route to Louisville’s national championship in 2012-13.

Would I be surprised if Iowa State wins this game by 15?

Would I be surprised if Iowa State loses this game outright?

Yes, but not shocked. This is a good basketball team that plays an unconventional style of ball and has the talent to beat this Iowa State team (minus McKay, Thomas and Nader) on a bad night.

However, Georges Niang will be a handful for Georgia State’s undermanned frontcourt. Niang and Dejean-Jones combined to shoot 20 free throws in the opener. Chances are, the Cyclones will be in attack mode early on in this one. However, Georgia State’s matchup zone could prove to make that a difficult task.

Game two on the 2014-15 Iowa State basketball schedule should be a fun one. 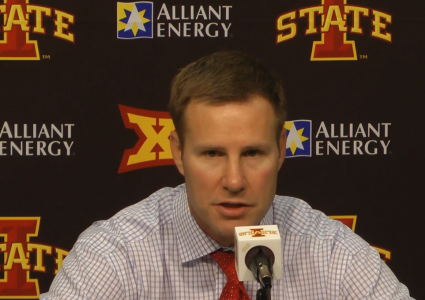 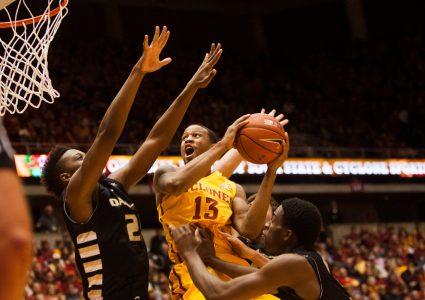