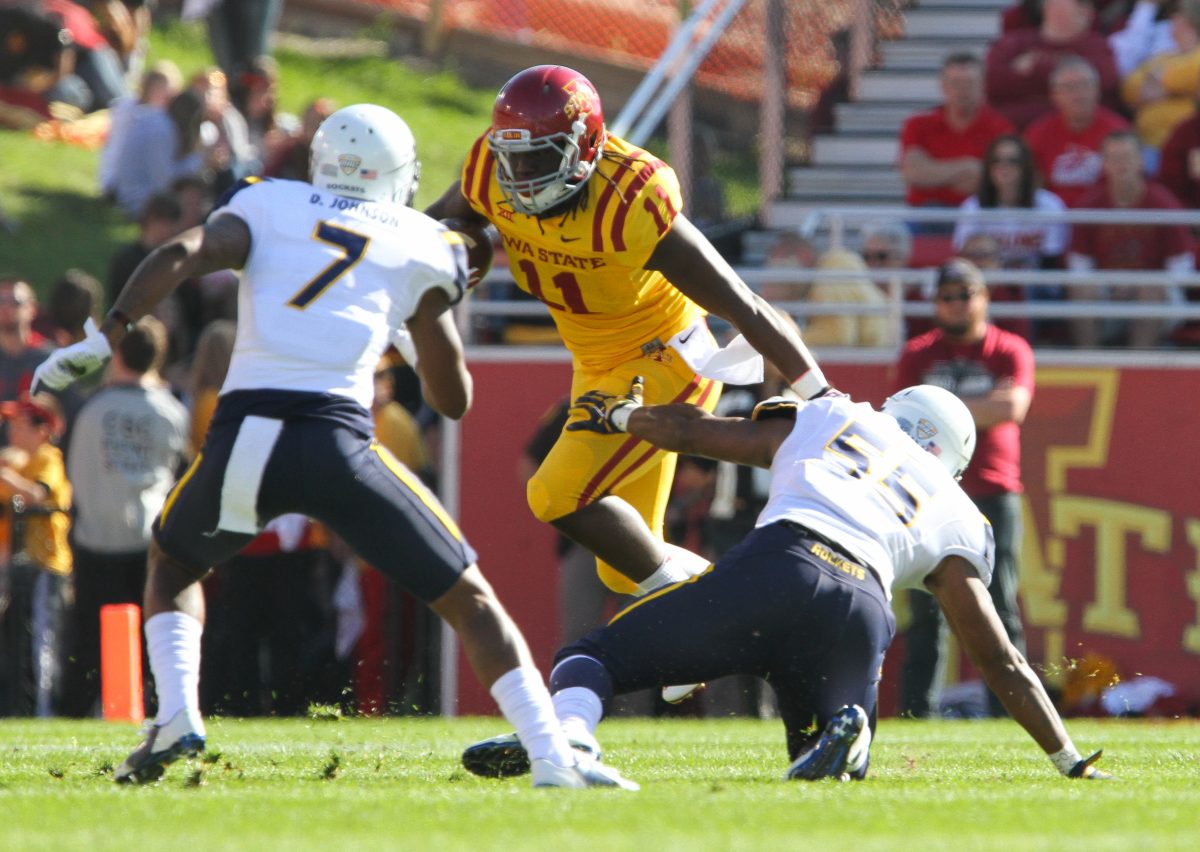 Iowa State senior tight end E.J. Bibbs has provided one of a handful bright spots in an otherwise disappointing 2-8 season. Monday, it was announced he’d been invited to participate in the prestigious Senior Bowl, which will be played Jan. 24 at Mobile, Ala.

Read the full ISU release here, or below.

The Reese’s Senior Bowl is an all-star game played annually in Mobile, Alabama where NFL prospects who completed their eligibility get the chance to showcase their abilities. Iowa State has sent 24 players and one coach to the Senior Bowl, including 2014 participant Kirby Van Der Kamp.

Bibbs, one of eight semifinalists for the John Mackey Award, has established himself as one of the best tight ends in the nation in 2014, recording 45 catches for 382 yards and eight TDs.
Bibbs leads all “power 5” conference tight ends in TD catches (8) and receptions (45). Bibbs’ eight TD receptions is one shy from the school record.

A native of Chicago, Ill., Bibbs’ name is all over the ISU tight end record book. He has two of the top-three single-season tight end receptions marks (3rd- 39 in 2013; 2nd- 45 in 2014) and his 84 career catches ranks third all-time among ISU tight ends.

Bibbs has caught a pass in 22-straight games, tying for the second-longest streak in ISU history. Twice this season Bibbs has been named the CFPA TE Performer of the Week, including after a 10-catch, 73-yard and 2-TD performance at Texas. 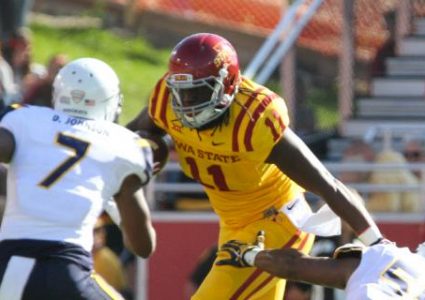