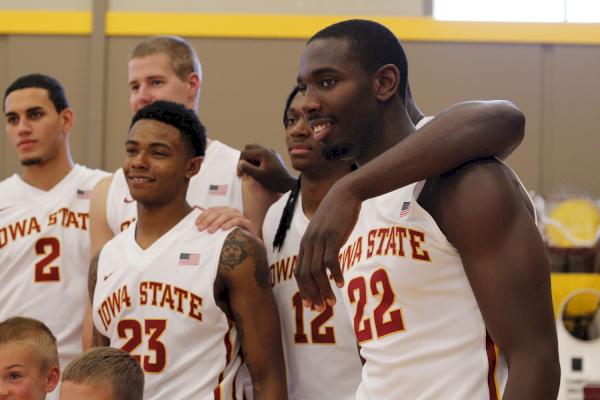 ST. LOUIS – Iowa State forward Dustin Hogue has been selected by the U.S. Basketball Writers Association as its Oscar Robertson National Player of the Week for games ending the week of Sunday, Dec. 8. The USBWA’s weekly honor is presented by Blue Ribbon College Basketball Yearbook and was announced exclusively on SiriusXM Radio’s “Inside College Basketball” this evening.

As the Big 12 Conference Player of the Week, Hogue was nominated for the weekly award, which was chosen by a representative of the USBWA board of directors from a list of Division I conference players of the week.

Hogue, a 6-6 junior from Yonkers, N.Y., averaged 19.5 points and 15.0 rebounds in Iowa State’s wins against Auburn and UNI. Hogue started the week with career-highs of 22 points and 16 boards against the Tigers, recording the Big 12’s first 20-point, 15-rebound performance this season. He then followed with a 17-point, 14-rebound effort against UNI for his third double-double of the season.