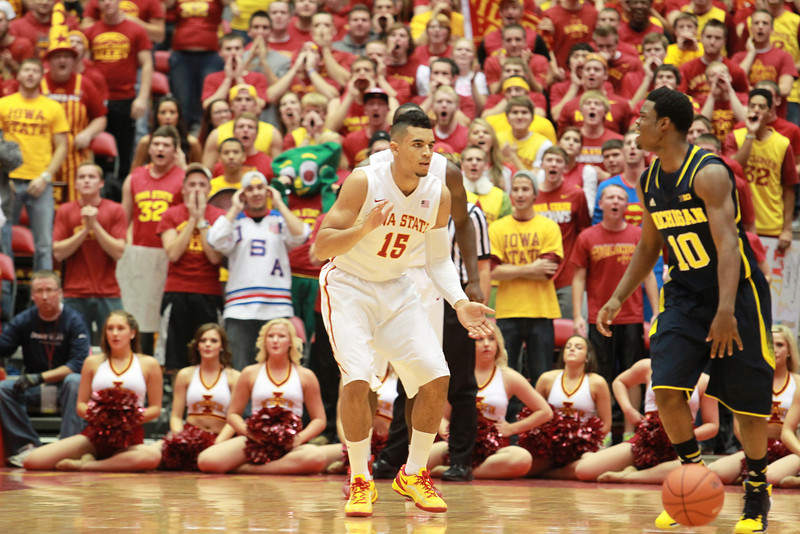 AMES –Melvin Ejim is back from his knee injury and if Sunday’s 22-point, nine-rebound outburst in a 77-70 win over 7th-ranked Michigan is any indication, he is better than ever.

Now, comes an obvious question. If Ejim is back, whose spot will the All-Big 12 forward take in Iowa State’s starting lineup?

“We will figure that out over the next few days,” Fred Hoiberg said before Monday’s practice.

The Cyclone moving into the sixth-man role that Tyrus McGee so eloquently made prestigious was supposed to be sophomore Naz Long. However, who saw Long sinking 13-of-20 3-pointers and averaging 15.7 per game over the first three contests of the 2013/14 season?

If Long is the guy who moves out of the starting lineup due to Ejim’s return, he is more than fine with that role.

“For someone like myself, I was a part of the team and loved every second of last year,” Long said. “We got to places where I could only have dreamt of as a kid but I wasn’t playing much. Now, the fact that I have an opportunity to play at all I am grateful for any type of amount of playing time and any amount that I can contribute whether I am playing or not. Whether I am the sixth-man or whether I am starting, I am going to bring 100 percent no matter what."

Freshman guard Matt Thomas is another candidate to go to the bench. Chances are, we will all find out what the lineup will look like shortly before 8:30 on Wednesday.

One day after returning from a hyper-extended knee a week and a half early, Melvin Ejim didn’t suffer any setbacks on Monday.

“Everything is fine,” Ejim said. “I feel like I can play (a regular amount of minutes) but at this point it is better to be cautious then go out and be super excited.”

Besides his productive final statistics, the most impressive part of Ejim’s early return was the shape he was in. While Michigan’s Mitch McGary (who also played his first game of the season) appeared to be visibly winded, Ejim looked as good as he ever has in an Iowa State uniform.

“He did a great job of keeping himself in shape as much as he could on the underwater treadmill and getting on the bike and doing everything he could to keep his lungs going,” Hoiberg said. “Obviously he didn’t skip a beat. I thought he went out there and competed extremely hard and was the player of the game.”

Hoiberg said that he would limit Ejim’s minutes in practice on Monday, a light practice that will be more mental for the Cyclones, who will prepare for a road trip to BYU on Wednesday evening (8:30 on ESPNU).

The Cyclones are ranked

“It’s just a number on a paper. We have to go out there and prove it.”

That’s what Ejim had to say about Iowa State being ranked No. 21 in the latest AP College Basketball Poll. The Cyclones were left out of the USA TODAY Coaches Poll.

“The thing I am going to tell the players is to not get caught up in it,” Hoiberg said. “We have a huge opportunity in front of us on Wednesday night in a very difficult place to play against a team that is always very high in the RPI rankings. We just need to go out there and not get caught up in that stuff and try to go out and handle business.” 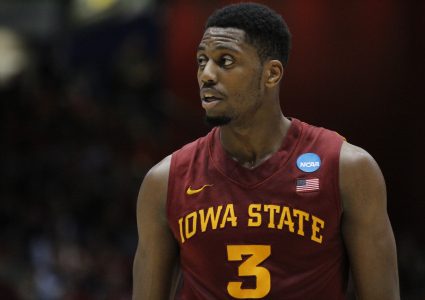