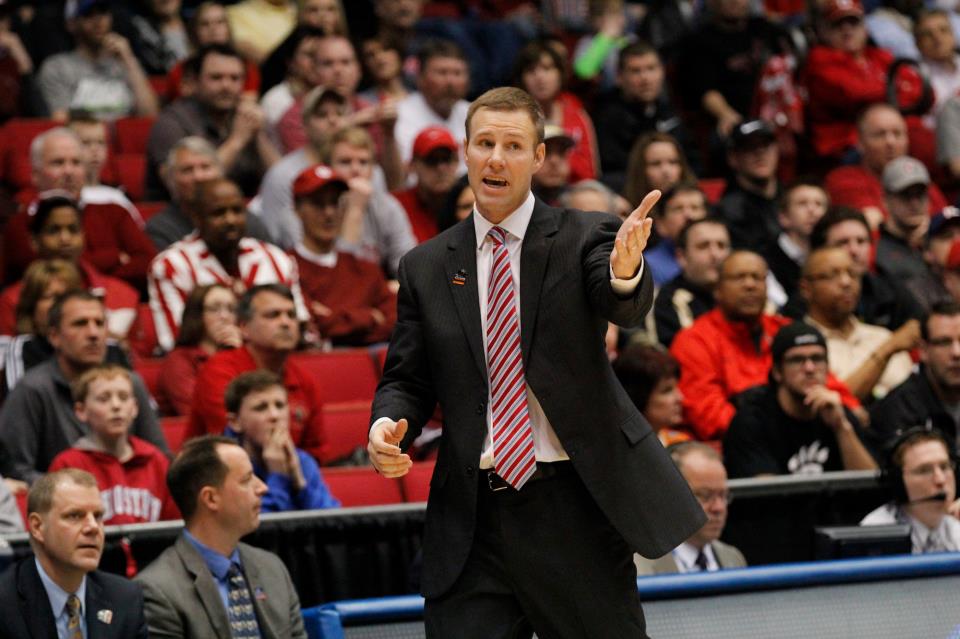 On Tuesday of this week, I pretty much spent my entire day hanging out at the Sukop Basketball Facility conducting extensive interviews with Matt Abdelmassih from the Iowa State men’s basketball coaching staff and Billy Fennelly from the women’s.

I took a handful of notes away from both interviews but nothing stuck with me more than this quote from Abdelmassih, Fred Hoiberg’s assistant and long time friend dating back to "The Mayor’s" days in the NBA. The question I asked Abdelmassih was if the NBA feel around Hoiberg’s program has aided  the success that Iowa State has seen the past two seasons with rosters full of newcomers.

"No doubt. In the 10 years he played in the league, the consistency wasn’t ever really there. It changes every year with free agency and draft picks coming in and new faces, veterans and young guys. It’s similar to college basketball’s landscape. If you look across the country, this whole transfer thing, that’s now relevant. It’s as relevant as can be. You see transfers getting looked at now by the premier programs in the country. Three years ago that wasn’t the case. The transfers we took when we first got here, if they were available now, who knows if Iowa State would have gotten them. We definitely transcended the game in regards to taking as many as we did and how successful we have been. It kind of set the blueprint with a lot of other schools trying to do it. At the end of the day, the new faces are something that he can handle. The talent coming in he can handle. But more importantly, the personalities are what he does a really good job of handling.”

The game is changing folks.

Correction: The game has already changed.

This isn’t a trend anymore. Welcome to reality.

Over three years, Hoiberg has proven that not only can he adapt, it is a major strength of his as a head coach. He will need to do it again in 2013-14 as the Cyclones have 64 percent of their scoring from last season to replace.

In a podcast that I recorded with Billy Fennelly, the coach made a very interesting comparison that I thought was worth noting. He basically compared soon-to-be-senior Hallie Christofferson to Creighton’s All-American Doug McDermott. Both have size but can shoot the three. Neither are super-athletic.

So then I threw out the obvious Georges Niang comparison.

That’s when Fennelly noted that the women’s basketball coaching staff is already looking at game tape from Hoiberg’s program last year. Look what Hoiberg did with Niang against the Kansas’ of the world. Use the big man’s shot to spread out a defense.

Fennelly said that the women’s basketball staff wants to do more of that with Christofferson next season on what looks will be much more of a guard-oriented team.

Glance outside. It sure looks like hoops season to me.