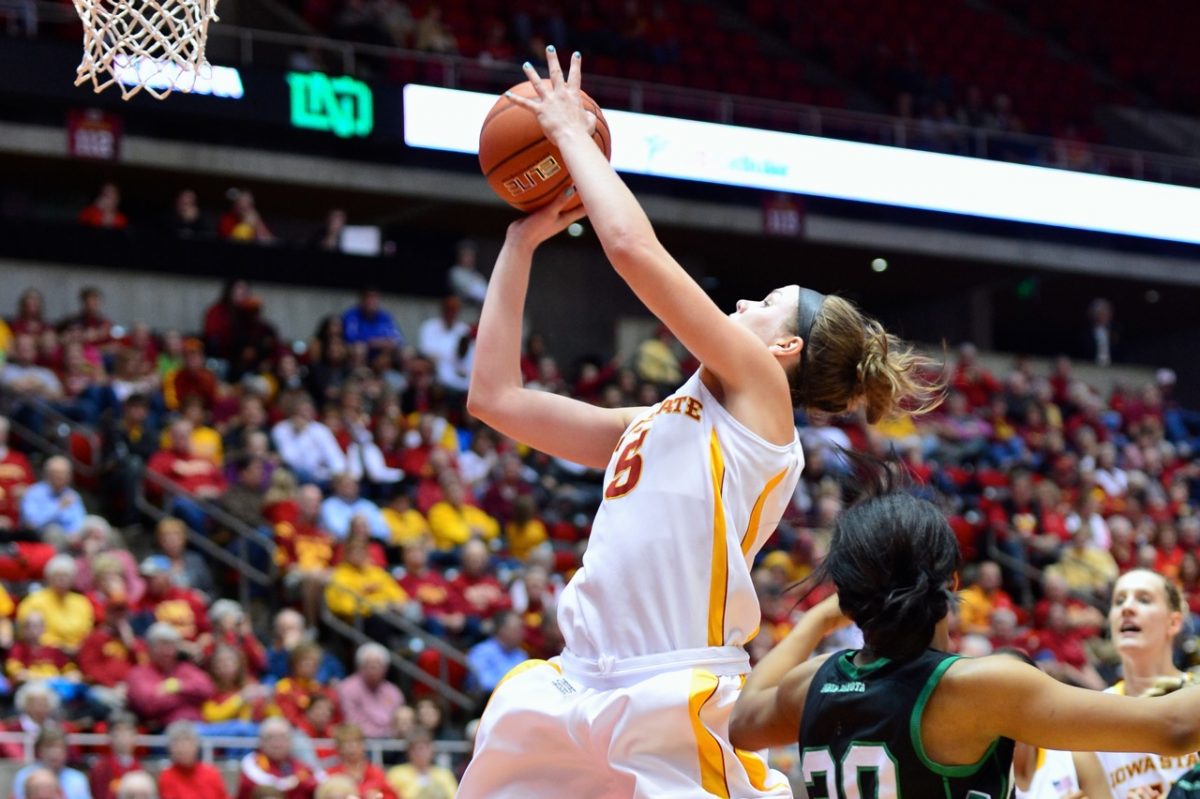 AMES, Iowa – Iowa State rising senior Hallie Christofferson has been invited to a tryout for the 2013 USA Basketball Women’s World University Games team. Tryouts, which will feature 31 players, will be held May 16-19at the U.S. Olympic Training Center in Colorado Springs, Colo.

This summer’s World University Games will be held July 8-15 in Kazan, Russia. The team will be coached by Oklahoma head coach Sherri Coale. Coale will be assisted by Marist head coach Brian Giorgis and Penn State head coach Coquese Washington.

“Being invited to try out for the World University Games team completes a very special year for Hallie,” Iowa State head coach Bill Fennelly said. “She will represent Iowa State in a great way as she always does at the trials. The opportunity to play for USA Basketball is one of the greatest honors someone could have and I know Hallie will be someone that has a great opportunity to earn a spot on this talented team.”

Is Christofferson Iowa State’s next star?