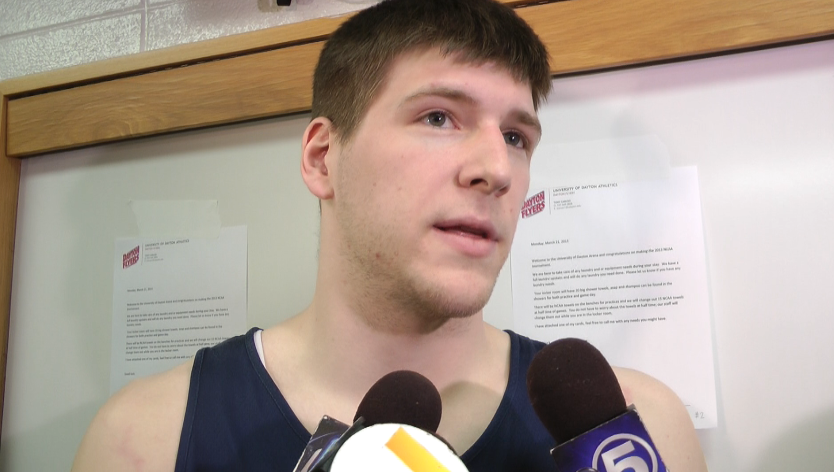 DAYTON, OHIO — When Iowa State traveled to Kansas for its Big 12 opener on Jan. 9, the college basketball world gushed about Fred Hoiberg’s game plan to attack the best big man in the country, Jeff Withey.

Iowa State lost that game but the undersized Cyclones proved their point. Hoiberg’s lineup of five shooters and agile big men got Withey away from the basket and effectively limited the 7-footer along the way.

Iowa State also proved on that night just how scary of a matchup it is for the Jayhawks and everybody else for that matter.

“That is their game,” said Notre Dame big man Garrick Sherman, who recalled watching Kansas’ overtime win at Iowa State live on ESPN in February. “They ran a lot of five-out. That is something that we have to be leery of. We got a good look at it with our scout team this week and feel a lot more comfortable going into the game.”

Jack Cooley, a 6-foot-9 forward who is averaging 13.1 points and 10.3 rebounds per game, echoed his teammates comments on what he believes will be Iowa State’s plan of attack.

“He was inside the perimeter the whole time and it kind of threw his game off,” said Cooley. “Our coaches have done a great job since the end of the season to prepare us for what is going to happen in this game.”

Dictating tempo is the obvious storyline heading into Friday night’s NCAA Tournament game featuring the fast-paced Cyclones and the slow-it-down Irish. According to Cooley though, this might not be as big of a deal as the media is making it out to be.

“Our point guards do a phenomenal job of doing that,” said Cooley. “We played against DePaul twice. That is the fastest running team I have ever seen regardless of where. The way that we controlled tempo against them was incredible. If we can control tempo against some of the quicker teams in the Big East then we can against anybody.”

It’s notable to point out that DePaul went 2-16 in the Big East this season and also took the Fighting Irish to overtime twice. Notre Dame very well might dictate the tempo in Friday’s second round clash but from a talent standpoint, the Cyclones and the Blue Demons aren’t even close to being in the same league.

This one to be exact…

Sherman was there. He too is a former Spartan and former teammate of Iowa State’s point guard.

“That was kind of a big shot. I was pumped,” said Sherman with a big smile on his face. “I just remember him shooting it and chasing him down and tackling him. It was a special moment. That’s a fond memory of all basketball of my life. It was pretty cool.”

Sherman is averaging 7.1 points and 3.4 rebounds per game this season for the Irish.

“I wasn’t exactly expecting this,” said Sherman of reuniting with Lucious. “I was expecting to watch him play in the tournament. I am happy to see him again.”

Sherman went on to say that he and Lucious have been texting each other leading up to tomorrow’s contest.

*** Friday will mark Notre Dame’s fourth straight appearance in the NCAA Tournament. However over that span, the Irish have only one once.

“I have been on everybody all week about it. We aren’t happy to be here anymore,” said Sherman. “We want to accomplish something in the tournament. We don’t want to just be in it for the fourth time in a row.”

“We’ve gone with a real loose, have-fun frame of mind. But our preparation, I’m glad we had an extra day – we don’t play until tomorrow and we had a while to digest it. They’re unique. With five shooters and the floor at times and spreading you out and not much of a low post presence, it’s really and adjustment for us. We played some similar teams in our league, but not anything like this.”

Brey is 6-8 in the NCAA Tournament during his time at Notre Dame. 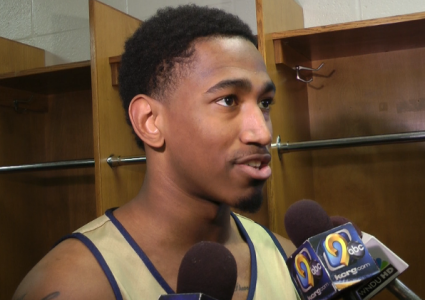 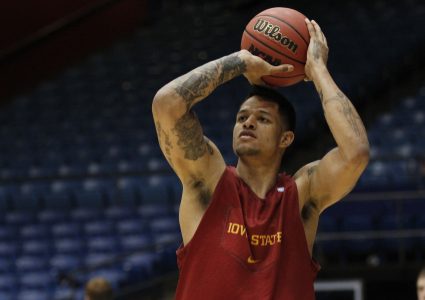 CFTV: Cyclones ready for fight with the Irish