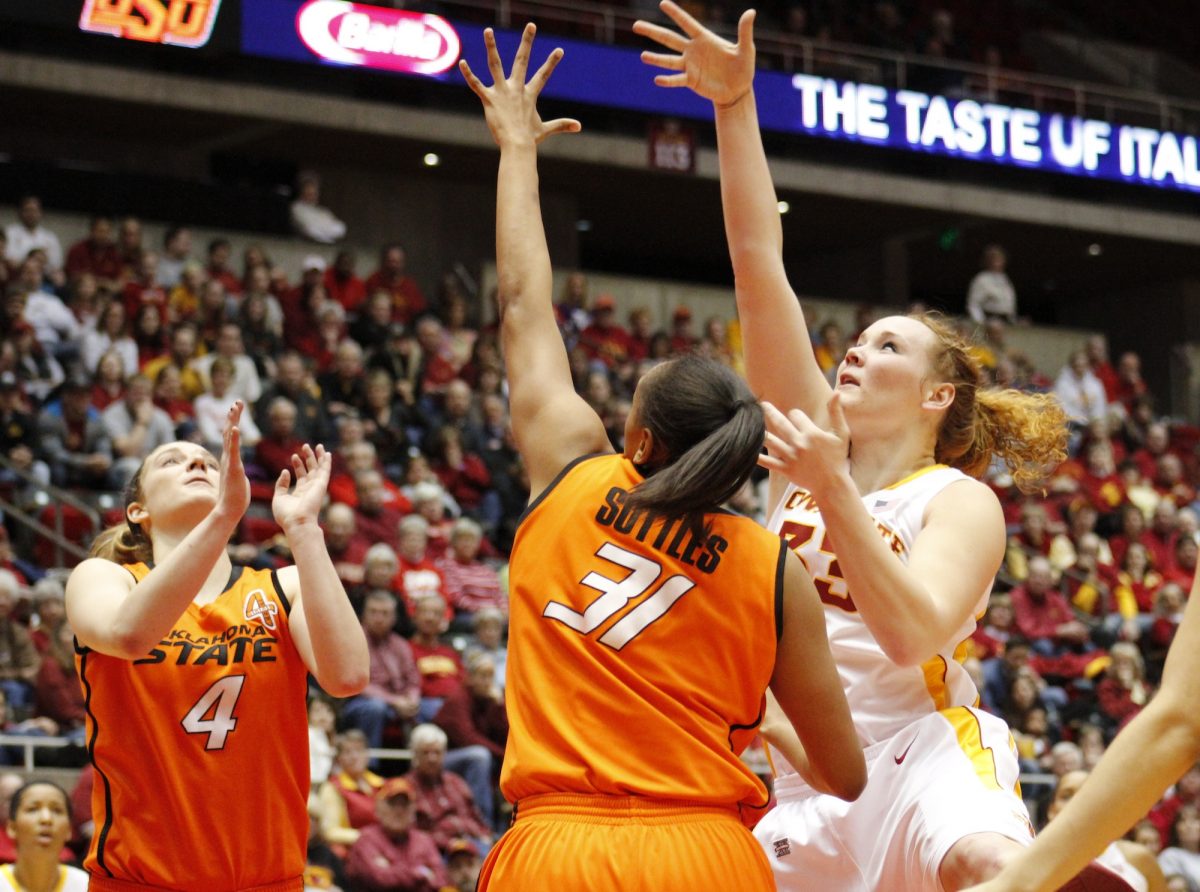 AMES — A 13-point second half Cyclone comeback. Three technical fouls (one on Oklahoma State’s bench, the other two being handed out to a father-son Fennelly combo). A fan ejection (for yelling at the official according to security workers after the game).

You can’t even make up what went down on Monday night in Ames. It was sports drama at its finest. Iowa State’s 73-70 slobber knocker of a win on Senior Night over the Cowgirls had everything. It was a win that clinched the two-seed in this weekend’s Big 12 Tournament as Iowa State finished the 2013 Big 12 season with a 12-6 record.

Intensity and energy inside of Hilton Coliseumw were through the roof.

What is the best way to sum this one up?

"Hilton Magic," said senior Anna Prins after the game. She didn’t even have to think about it either.

Iowa State outscored Oklahoma State 43-32 in the second half. Hallie Christofferson led the way for the Cyclones with 21 points. Fittingly, seniors Chelsea Poppens and Anna Prins were the only other Cyclones in double figures, scoring 18 and 15 points respectively.