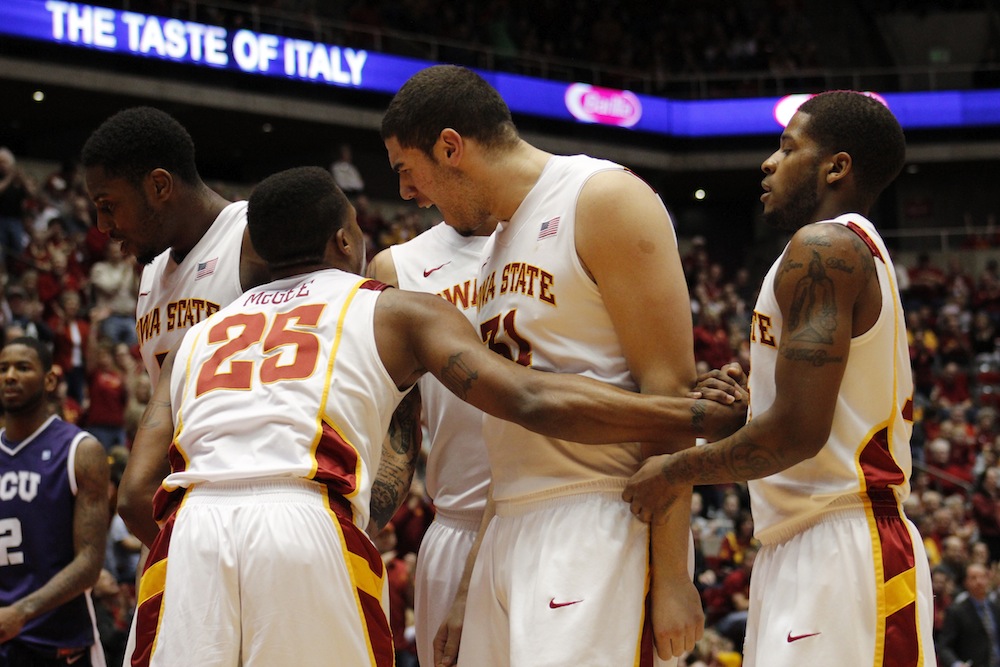 AMES — Gallons of Maalox were consumed as fanatical members Cyclone Nation bit off thousands of fingernails before, during and after Wednesday night’s heartbreaking double-overtime loss at Texas. Tight games and weeknight road defeats have been a theme in the 2012-13 season.

However the Iowa State (17-8, 7-5) men’s basketball team gave its loyal fan base a rest from heartburn, nervousness and flat-out anger during Saturday afternoon’s 87-53 slobberknocker over TCU (10-15, 1-11) at Hilton Coliseum. Coming in as a 17-point favorite, the Cyclones did exactly what they were supposed to do – absolutely dominate the Big 12’s worst team while extending the nation’s fifth-longest home winning streak to 21 games.

That’s the story. The Horned Frogs never led in the 40-minute contest. The Cyclones hit the glass (out-rebounded TCU 41-27), made free throws (17-for-20) and made nearly 50 percent of their 3-pointers (14-for-29) in the rout, which ended up being the fifth-largest conference victory in school history.

What went right? Pretty much everything. What went wrong? Not much at all. Regardless, here’s your recap.

Georges Niang – Despite picking up two fouls in the first two minutes of the basketball game, freshman Georges Niang led Iowa State with 19 points (a career-high) in the win while going 6-for-9 from the field. Niang, whose field goal percentage is now up to 53 percent on the season, recorded eight rebounds as well – all in only 23 minutes of action.

"We are a better team I think when Georges is on the court," said Iowa State head coach Fred Hoiberg. "Georges is the guy out there who is probalby our most effecient player."

How important is Niang to the Cyclones? His head coached changed defenses (to a 2-3 zone) after Niang picked up his second foul.

Niang has scored in double figures in 15 of Iowa State’s 25 games this seaosn.

Korie Lucious – How about a co-Player of the Game? Let’s go with Korie Lucious, Iowa State’s senior point guard who didn’t turn the baskteball over once in 25 minutes.

"Just made good, simple and easy plays which led to baskets," said Hoiberg.

Lucious’ final stat-line showed nine points and six assists to his name. A handful of those assists were dished out to Niang.

"You give a lot of that credit to Korie after making those easy drop-passes to him after he set those picks – the pick and pop a lot of times," said Hoiberg.

Lucious’ assist-to-turnover ratio on the season is now 146-to-84.

Bounce back – This Iowa State team is now 5-2 on the season after a loss.

Okoro’s three – In the scheme of the game, freshman Nkereuwem Okoro’s 3-point shot with 1:30 left in the game was meaningless. In the scheme of life though, the field goal represented much more. Okoro, Bronx, N.Y., native, lost his father around two months ago. A little over a week ago, his brother passed away to cancer. The shot was a feel-good moment for everybody in the building.

"I was so happy for him. He has gone through so much, said Hoiberg. "I’m sure his mom was at home watching. She is having a very difficult time as anybody would – when you go through that situation. I couldn’t be happier for Nkereuwem. His attitude has been off the charts. He works. He gets extra work in. He had a lot of academic work he had to catch himself up in. He came back and took care of that. He’s just a world-class kid."

Early foul trouble – Iowa State’s "bigs" aren’t that big and as a result, foul trouble has been a major issue during league play. Niang picked up two fouls early on in Saturday’s contest. Melvin Ejim once again found himself on the pine in foul trouble too. Percy Gibson was called for two personals in only eight minutes of work. Anthony Booker recorded three fouls in 11 minutes.

What is going on coach?

"They are giving up a lot of size down there," said Hoiberg. "We talk all of the time about going straight up and getting into their body and doing as good of a job of staying vertical as you can."

"Georges has a tendency to be going down right at the last minute and that draws fouls," said Hoiberg. "Melvin, at times Georges as well, will get a cheap one 90-feet away from the basket. You can’t do that. We need those guys on the floor."

"Our numbers show when those guys are out there that our points-per-possession are phenomenal," said Hoiberg. "It shows."

Turnovers – It was a dominating performance, no doubt. But 14 turnovers are still too many. Fortunatley, it just didn’t matter in this laugher. Iowa State could have turned the basketball over 25 times and still won by 15 or more.

Trent Johnson – Our rule is what? Only two downs for league victories.

"They can shoot it. They can spread it and they can stretch you," said TCU’s head coach. "It’s going to be a fun for the Hawkeyes here."

"Nobody caught that huh?"

Johnson caught himself, laughed it off and claimed it to be a joke. Considering his team had just been beaten down by 34 points, we’ll give him a pass. He seems like a nice enough guy, was a good sport and Lord, he’s had a long season. 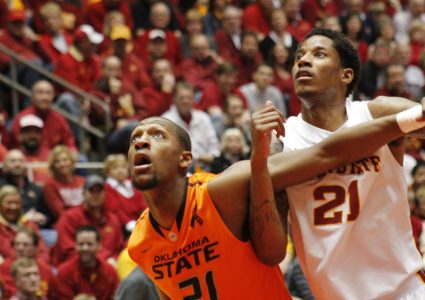 Seniors save the best for last in critical win 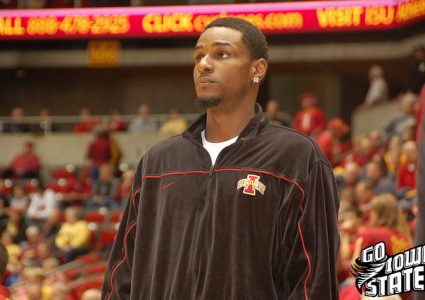