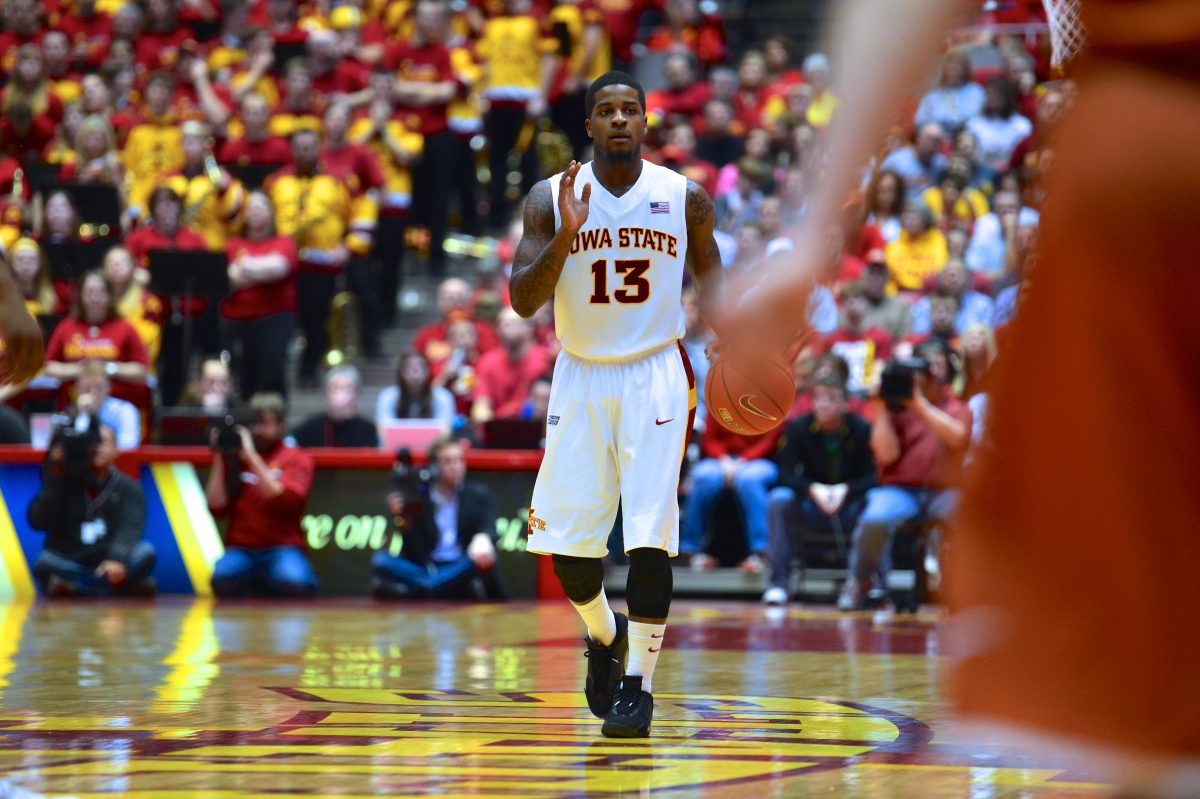 AMES — If the entire Big 12 basketball season were one giant boxing match, Iowa State would be a Oscar De La Hoya. The undersized Cyclones are light on their feet. They score in bunches, knocking down multiple 3-points shots in only minutes, much like "The Golden Boy" delivering a flurry of punches in a short amount of time.

Bob Huggins’ West Virginia team is without a doubt, a heavyweight – we’ll go with Riddick Bowe for comparison’s sake. The burly Mountaineers aren’t known for scoring, but for toughness and rebounding. Heck, coming into Wednesday night’s 69-67 Iowa State victory at Hilton Coliseum, the Mountaineers were ninth in the Big 12 in 3-point percentage (.283). West Virginia had only made 71 field goals from long range heading into this game, compared to 143 by Iowa State.

That’s exactly the reason why Iowa State blowing an 18 point lead shouldn’t hinder your confidence about this basketball team. In the second half, Fred Hoiberg elected to pack it in and let the Mountaineers fire away. After tinkering with his lineup (as he’s been doing consistently all season long), Bob Huggins’ boys finally figured it out. West Virginia missed its first 12 3-pointers attempted in its loss, but made a remarkable nine out of its last 12 shots from behind the arc.

“If they hit those shots you shake their hand,” said Hoiberg after the game. “I’m thankful we got this win.”

— When Iowa State was up three with fewer than 30 seconds to play and West Virginia had the basketball, what was going through your mind?

You weren’t thinking about Kansas were you?

Iowa State’s senior point guard Korie Lucious admitted that it might have crossed his mind.

“Of course it triggered in my head but at the same time, we knew we still had 11 seconds left and a chance to win the game.”

— Freshman Georges Niang made the most out of those 11 seconds. Niang has had a heck of a week. After making an amazing first impression on Allen Fieldhouse and then leading Iowa State with a career-high 18 points vs. Texas, Niang scored the game-winning bucket with 2.5 seconds on the clock to send the Mountaineers back to Morgantown.

Lucious’ breakdown of the play was very descriptive.

“We really tried to isolate Will, have home come down off of a fake screen off of Georges,” said Lucious. “It worked. Will made a great play, saw Georges underneath, made a great pass. That’s how we won the game. I’m happy.”

"Then Georges ran into Cyclone Alley and didn’t run back on defense,” joked the Mayor. “It made me a little nervous.”

Niang ended the game with only eight points after being in foul trouble for the majority of the game.

— Only one player for West Virginia played for more than 30 minutes in that game. Four Cyclones posted 30 minutes or more.

— And just how physical was West Virginia?

“It was very physical,” said Lucious. “They had a lot of athletes. They had a lot of strong guys out there. They crashed the boards really hard, pushing in the back and grabbing the arms. But we knew that coming into this game. Coach prepared us for it.”

— Hoiberg said that newly re-instated guard Bubu Palo will not travel with the team to Fort Worth this weekend.

“The big thing now with him will be getting him back in shape,” said Hoiberg.

WILLIAMS: KO’d by the motivated Mountaineers