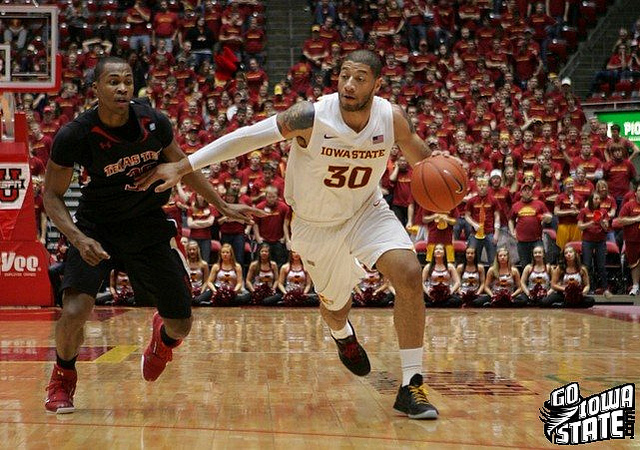 If Iowa State’s 78-72 loss at Missouri on Wednesday was a 400 meter dash, the Cyclones had the lead rounding turn four.

The fast-paced Tigers scored 24 fast break points to Iowa State’s six and the Cyclones dropped to 21-9 (11-6) on the season.

With the win, Missouri clinched the No. 2 seed in next week’s Big 12 Tournament. Iowa State and Baylor will meet in Ames on Saturday evening to decide which team will place third in the league’s final standings.

Royce White – It was another one of those stat stuffer games for White, who ended the contest with 20 points, six rebounds and nine assists. Fourteen of White’s points came in the first half, where Iowa State led 40-36 at the break.

Rebounding – This was Fred Hoiberg’s No. 1 key to an Iowa State victory heading into this game. His team responded and dominated Missouri on the glass by a 39-28 margin. Iowa State built its four point halftime lead off of 11 first half offensive rebounds.

Melvin Ejim – He kept the Tigers and specifically Ricardo Ratliffe off of the glass for most of the night. Sophomore Melvin Ejim finished with 10 points and 13 rebounds in the loss.

Bench – When Chris Allen went to the bench after committing two fouls in the first six minutes of the game, the Cyclones didn’t miss a beat when Bubu Palo entered the lineup. Palo played 17 minutes in the game, scoring five points with two rebounds.

Anthony Booker was relevant again for the Cyclones as well. The big man scored seven points and added five rebounds to his box score in 12 minutes of solid action.

Add Tyrus McGee’s three points to the tally and Iowa State got 15 points from its bench.

Most importantly though, guys like Palo and Booker finally have an individual performance to feel positive about heading into the most crucial time of  year. Palo is still recovering from a wrist injury while Booker has been playing limited minutes as of late due to reasons unknown.

Frustrating –  It’s hard not to feel like Iowa State let not one, but two wins slip away against Missouri this season. In Ames, the undersized Tigers out-rebounded Iowa State by 11. In that same contest, Iowa State went 13-of-25 from the free throw line. That’s a lot of points to leave on the floor at home against a top 10 team, in only a seven point loss.

On Wednesday night in Columbia, the Cyclones did what they needed to do to win in most aspects of the game. Iowa State dominated the glass. The Cyclones made 12 3-pointers (eight more than Missouri). Iowa State got help from its bench. But 15 turnovers ultimately doomed the Cyclones against a team that thrives off of them.

Despite the loss, the effort once again proves that Iowa State is without a doubt an NCAA Tournament team. That’s a lock. But it’s hard not to think "what if" about both losses to the Tigers this season.

If Iowa State beats Baylor on Saturday, the Cyclones will earn the 3-seed in next week’s Big 12 Tournament. Should the seeding play out, that would match Iowa State and the Tigers up in the tournament’s semi-final. Point is, the Cyclones just might get one more crack at Mizzou before the Tigers prance off to the SEC…

Turnovers – The number 15 isn’t was necessarily what did Iowa State in, but the Cyclones committed some critical ones down the stretch in this one. A team as good as Missouri will make you pay for those more often than not.

Fouls – Four Cyclones (Chris Allen, Chris Babb, Royce White and Anthony Booker) ended this game with four fouls a piece. Iowa State committed 18 fouls compared to Missouri’s 12. Additionally, Booker was called for a technical in the first half. Missouri made 14 free throws in the game compared to six by the Cyclones.

NOTE: That Scott Christopherson converted three 3-pointers in the loss. Christopherson has now made 190 threes in his career, which ties him with Dedric Willoughby for No. 2 on Iowa State’s all-time list. Christopherson ended Wednesday night’s game with 15 points, going 5-of-16 from the field. 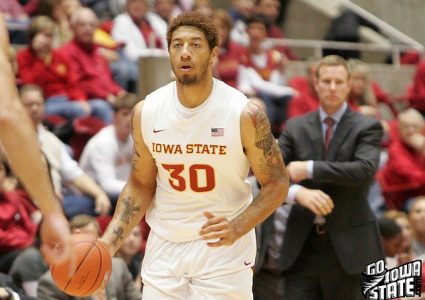