The following is a press release sent out by Iowa State athletics communications.

Mansfield’s trio of second-half threes kept Missouri at bay, as the Tigers could not get closer than 12 points in the second half after trailing by 17, 39-22, at the half. Mansfield added a career-high eight rebounds for the Cyclones.

Chelsea Poppens had 11 points and 10 rebounds, her league-leading 11th double-double this season. Chassidy Cole had two points and a career-high 11 rebounds for Iowa State.

While making 6-of-10 3-point attempts in the first half, Iowa State was holding Missouri to 25 percent shooting from the floor. Kyley Simmons and BreAnna Brock had 14 points each to lead the Tigers. 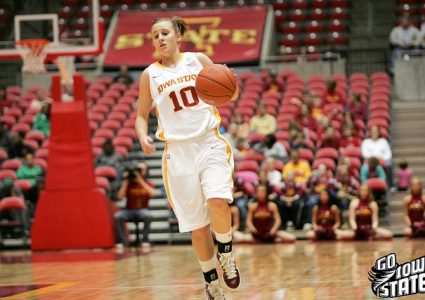