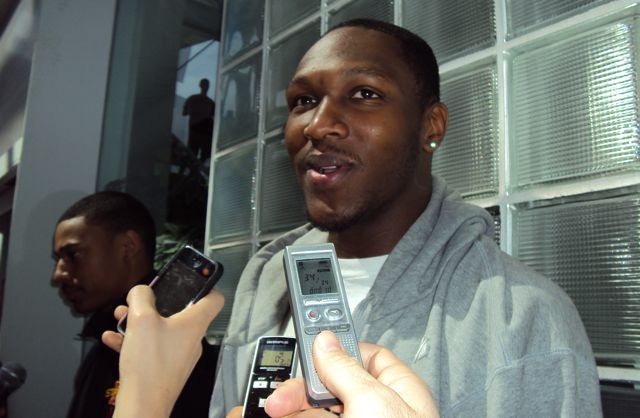 By Chris Williams, CycloneFanatic.com Publisher, May 26, 2010

The last time I interviewed LaRon Dendy was on April 28. That was the day Fred Hoiberg was announced as Iowa State’s next men’s basketball coach.

Here’s what LaRon told me.

“This is very exciting. He’s been through what we’ve been through,” Dendy said. “He’s been to the upper level. I just can’t wait. I couldn’t sleep last night.”

“I know that he isn’t going to tell us anything wrong. He’s been through the situation. He knows what to do and how to do it,” Dendy said. “If he tells you something, you can be mad or happy about it but you know he’s telling you the right thing.”

Seems like a couple of pretty solid quotes right? At the time, I thought to myself, "wow, this guy is really psyched up about this. He could put up some big numbers next seasons."

Yesterday, Iowa State released a statement that said Dendy is transferring away from Iowa State.

Here’s a quote that Hoiberg gave Bobby La Gesse of the Ames Tribune, regarding Dendy’s departure.

“It had been in the works for a long time that after the school year ended he would move on,” Hoiberg said. “I told him if he didn’t want to be here and wasn’t on board with us, it was probably best that he leaves.”

I just don’t get it. Sources within the program have told me repeatedly how hard Dendy has worked during the offseason. He seemed genuinely excited about the Hoiberg hire.

Nothing in this situation adds up.

If it had “been in the works,” why would Dendy come out and seem so jacked about the new regime? Why not just keep your mouth shut?

Personally, I am a fan of the Des Moines Register’sRandy Peterson’s take on this issue.