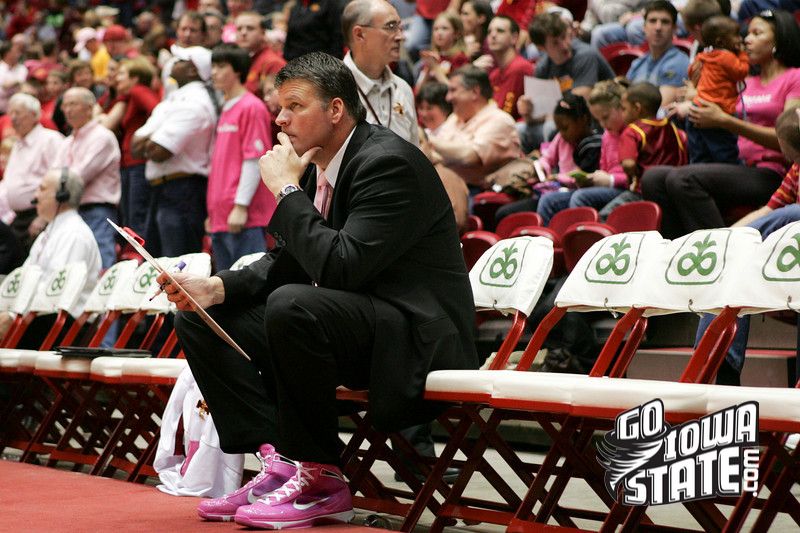 This was actually going to be the title of my blog last week, but I opted out. It is always amazing to me how quickly things can change. Just one week ago we had a glimmer of hope we wanted to turn into a beacon of light but obviously the bulb burned out. Asking “now what?” still seems fitting though after the transfer of Justin Hamilton blindsided everyone. Coach McDermott has already received his “vote of confidence” but now it seems that things have changed. I have to imagine that no one on the staff or in the administration knew of this before the end of the Big 12 Tournament. I don’t know that Justin Hamilton left because he was homesick but it seems there is a deeper issue at hand. I don’t know if Coach Mac isn’t relating to players but he doesn’t seem to have that bond with his team that creates a great desire to play for him. This year’s team competed until the final seconds of the season, but it’s just as likely they were playing for each other as they were playing for their coach. One thing is probably for certain, winning would be the best cure for situations like these.

I spend two hours in the car every day on my commute to and from work which gives me a lot of time to ponder all the troubles of the basketball program and to be enlightened by local radio hosts. Driving home on Friday I was still in “ticked off” mode. I had plans to make this edition a metaphorical piece on our plane (men’s basketball program) being hijacked. I was going to draw comparisons to the losses, attrition, and struggles. Then at the end I was going to ask a profound question of who had actually hijacked the plane, Greg McDermott or Jamie Pollard.

But then I was hit by the same realization I am always hit by in moments like that. If I go on the message boards with guns blazing, then who wouldn’t? Point being that even if there isn’t much to be positive about at this moment, I’m going to hang tough with the cards we’ve been dealt. That really doesn’t link up to an action at this point but I don’t think torching every men’s basketball thread with negativity is going to help either.

There’s no two ways about it. Losing Justin Hamilton is a big loss for two reasons. One is the obvious loss on the floor, as he is our best post defender and most experienced post player that had been making huge strides. The second is that if Justin Hamilton would leave, we can probably assume that anybody could leave. There’s never even been the inkling of a negative relationship with Ham and the coaches, so really nobody is off limits. That’s both sad and scary.

C’mon, we all knew it was coming. I can’t even imagine how far off tilt the earth would have been sent had the ISU women not been put in the same region as Connecticut. Advancement would be more likely had they been matched up with Nebraska or even Tennessee in my opinion, but it is also a massive opportunity. As Brent Blum posted on his twitter account: Thanks a lot NCAA! As Jake Taylor said in Major League, "Well, I guess there’s one thing to do…win this whole (Bleeping) thing."

We’re all going to be optimistic about that opportunity should it arise by remembering the 1999 Sweet Sixteen game in Cincinnati. One thing is for certain. Bill Fennelly will have an excellent game plan in place and if the ladies can make shots they could have a chance to pull it off. But first things first, they’ll have to deal with Lehigh first and likely a tough Virginia squad in the second round.

The most recent game with Oklahoma State in the Big 12 tourney was another tough loss to swallow without Alison Lacey. Had she been available, there’s good reason to believe the outcome would’ve been altered and in turn the NCAA Tournament seed also would’ve been likely to improve. The story of the game to me though was Andrea Riley shooting until her arms fell off. She started off fairly hot at 5-7 and finished with four makes, but that 30 minute stretch in the middle of the game was an abysmal effort on her part. She scored 43 points on 44 shots, I don’t find that impressive. Late in the second half, the Cowgirls played their best when Riley finally figured out that she was being baited into taking that 17 foot jumper that she was missing so consistently and she began making plays for her teammates. There was some talk about how Fennelly defended the ball screens for Riley, resulting in some uncontested shots. I’m okay with playing it like that. If it were me, I would’ve switched it up in the last few minutes but it’s pretty obvious Bill knows a little more about what he wants his team to do than me.

St. Patrick’s Day is here and that means one thing not related to green beer and corned beef and cabbage. That is the national wrestling tournament. Iowa is again the odds on favorite with a few teams nipping at their ankles hoping to pull out the shocker. Iowa State is one of those teams. If that is going to happen some of the guys that aren’t seeded as highly will need to upset a guy or two (Jensen, Sorenson, Burke, and Ward) and our top performers will have to make a run (Long, Reader, Varner, and Zabriskie). Fanthorpe and Mueller should be able to offer up solid efforts as well.

The loss of Nick Gallick is really going to come back and hurt ISU’s chances at the team title. He was a legit contender at 141 lbs, if not the favorite. Dalton Jensen has surprised in some instances filling in this season, if he can pull off a couple of upsets or a couple of pins (his specialty) he would be a great help to the cause.

Last week’s question: How many of Iowa State’s *8 road wins against ranked teams can you name from the top of your head? Year and team with bonus points for the opposing team’s ranking and for noting the games that were won in overtime.

*When I did the research I actually counted 9, but I have to believe that the ISU athletic department is better at this than me, so we’ll proceed as if it is 8.

*The Purdue game may be the one that the fine statisticians in the ISU AD have lumped into the neutral site games.

This week: Can you name the three teams that have eliminated the ISU women from the NCAA tournament more than once since Bill Fennelly has been the coach? 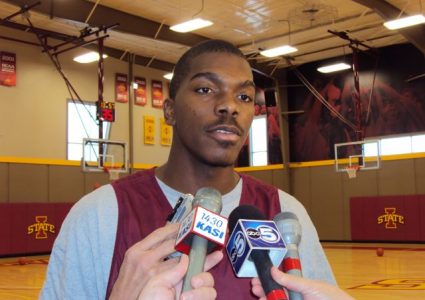 Outside the men’s room: Another streak ends in Lincoln

Outside the men’s room: It’s all in the stars?