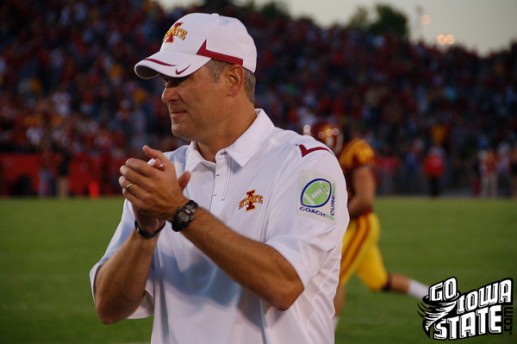 There are two types of fans out there when it comes to National Signing Day.

There is the pessimist. This generally is a guy from an older generation, who degrades recruiting junkies all over the college football nation. This guy will make comments like, “you have to be a real loser to stalk a 17-year old kid.” He’ll also chime in with the always popular, “the star system is a bunch of crap,” reference. This person enjoys pointing out all of the recruiting "busts" over the years but fails to mention the countless number of five-star prospects who just played in last Sunday’s Pro Bowl.

Then, there are guys like me. I refer to them as recruit-a-holics. If I can quote a modern day country song, "these are my people." This group of fans may seem a bit ‘out there’ at first, but they’re actually the smart ones. They are the ones who realize that recruiting is really the big show when it comes to college football. Sure, coaching and development is important. I agree. But….

In order to win in college football, you absolutely, positively, have to recruit well. There is no way around it. Recruiting is the lifeblood of the sport and it all comes to a peak tomorrow.

National Signing Day should be fairly quiet for Paul Rhoads and his staff. That’s a good thing Fanatics.

I’ll be the first to admit that I get a little bit nutty over this college football holiday. It’s great. Every fan in the country has a reason to be optimistic. Why not right? No matter who you root for, hope is in the air.

To the naked eye, Iowa State’s 2010 recruiting class appears to be solid. That’s what the experts are saying at least. I don’t put stars on recruits. In fact, it is a rarity that I even call them anymore. So I do not, in any way, consider myself to be a football recruiting “expert.”

Having said that, I have been around the block enough times to recognize a thing or two when I see it though. When I look up and down at this year’s class, one thing really stands out to me. That’s that Iowa State’s coaching staff did an excellent job of filling obvious holes on this roster.

I’m not going to give you a prospect-by-prospect breakdown of the class here today, but instead, focus on what I think are key storylines heading into tomorrow.

Help at running back

I have interviewed a handful of Iowa State assistant coaches over the past few weeks and finding a quality number two running back has been a major priority for the staff. The theory is that with some help, Alexander Robinson will have a better chance of staying healthy this fall.

Deland, Fla. running back Shontrelle Johnson appears to be the highlight of this year’s class. Rivals.com ranks Johnson as a three-star back, at 5-foot-10 and 180-pounds. Johnson will be the trendy pick to be an “impact” guy on the Iowa State offense next season. Take a look at his highlight video that I’ve posted above. He appears to be very legit. He runs low to the ground. He has some great speed. We don’t know how tough he is or if he’ll grasp the playbook yet, but Johnson will be a threat to pick up significant playing time next season, from the day he steps on campus.

Johnson will be joined by Fort Worth, Tex. prospect Duran Hollis at the running back position. Rivals.com ranks Hollis as a three-start back as well.

Then, there’s Butler Community College utility man Albert Gary. Rivals.com lists the 5-foot-9 prospect as a wide receiver. However, he played running back in high school, where he originally committed to Arkansas. CycloneReport.com’s Paul Clark tells me that he projects Gary to be more of a receiver at Iowa State. Only time will tell.

JUCO transfer Rony Nelson is already on campus and if he’s even just decent, he’ll get an opportunity to prove himself as a defensive end at Iowa State this fall. Last week, Iowa State’s head strength and conditioning coordinator Yancy McKnight told me that he has been impressed with the way all four JUCO transfers have approached the weight room since arriving on campus. That bit of information, along with the fact that all four will participate in spring ball is encouraging. I’m not going to guarantee you all that Nelson will start next year. But it is nice to have some more padding at that particular position. Expect Nelson to be in the thick of the competition with Patrick Neal and Roosevelt Maggitt at the opposite side of senior Rashawn Parker in August.

Along with Nelson, West Des Moines Valley prospect Nick Kron is anticipated to sign on as a defensive end tomorrow.

Athletic linebackers on the way

No position excites me more heading into next season than linebacker. Fred Garrin and Jesse Smith are out. The young bash brothers; A.J. Klein and Jake Knott will now step in.

Reinforcements are on the way via the recruiting trail as well. Keep an eye on the names Jeremiah George, Floyd Mattison and Cqulin Hubert. Iowa State’s newest linebackers are your typical new age, speedy athletes who should provide immediate depth at the already youthful position.

No analysis here. You don’t really expect me, a 5-foot-10, 170-pound sportswriter to scout an offensive lineman do you? I know my limitations. If they coaches say these kids are good, then I’ll just go with that.

Quarterback of the future

Iowa State will sign one quarterback on Wednesday and that is Garland, Tex. prospect Jared Barnett. Rivals.com has Barnett at three-stars at 6-foot-1, 190-pounds. Barnett has the talent to immediately challenge Jerome Tiller for the starting position in 2011. One would assume that Barnett will red-shirt 2010, but anything can happen.

A little help for AA

Separation, separation, separation. If I hear that word in reference to Iowa State’s receivers one more time, I am going to blow a gasket. This was a glaring weakness for last year’s offense. Along with Gary, Jarvis West and Chris Young are anticipated to sign with the Cyclones tomorrow.

Tomorrow should be a lot of fun. There might be one or two last minute surprises but for the most part, this year’s recruiting chase has been somewhat anticlimactic. That is a good thing though in the recruiting world. We’ll have complete coverage from tomorrow’s National Signing Day press conference here at CycloneFanatic.com.

Want more highlight videos for free? To view YouTube videos of Iowa State’s 2010 class, CLICK HERE and join our conversation at CycloneFanatic.com. Cyclones.com will have coverage of Signing Day tomorrow. To view that page, CLICK HERE.
For CycloneReport.com’s free offensive Signing Day preview, CLICK HERE.
For the same story on the defensive side of the football, CLICK HERE. 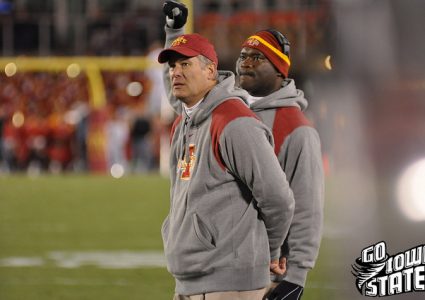 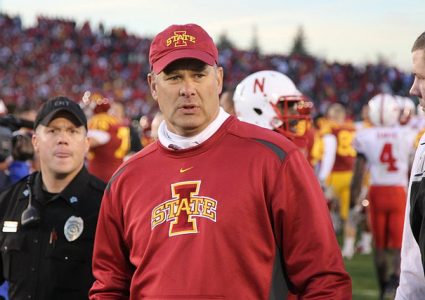