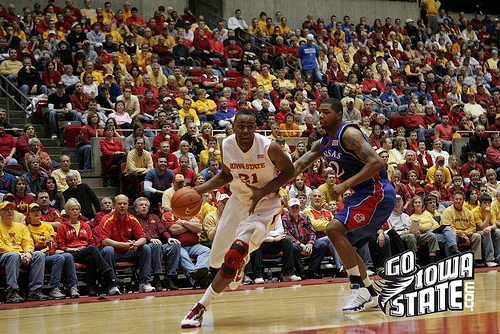 Frustration has hit an all-time high regarding the Iowa State men’s basketball program.

After Saturday night’s 60-56 loss to Texas A&M, as always, I hosted Cyclone Soundoff on 1460 KXNO. Here’s a trend that I have picked on throughout the course of the Big 12 season.

Marquis Gilstrap and Craig Brackins have combined to go 13-for-57 from the field.

That’s it. Look at these other key statistics and tell me what else the problem could be.

With those stats at home, a talented basketball team against somewhat even competition, you should win. When your best two players combined to go 13-for-57 from the field, you won’t. It is that simple.

Why Iowa State still has something to play for

The best thing about college basketball is that you aren’t eliminated from post-season play until you lose in your conference tournament. That is going to be the case for Iowa State this year in Kansas City.

If any team gets hot at the right time, any team can still go dancing.

"I can’t imagine that there are too many teams who will be that excited about playing us or Nebraska in the first round of the conference tournament," Greg McDermott said during his Monday press conference. "Right now, we are the 11th and 12th place teams. Both of us are dangerous. We have played in a lot of close games this year. We have come up short. I don’t see a lot of difference between our team and the Texas A&M team that we just played. It is going to be a possession here and a possession there."

If the season were to end right now, the Cyclones would get the 11-seed in the tournament and meet up with sixth-seeded Baylor in the first round, with an 8:30 Wednesday night tip.

Unofficially, here are your other first round matchups.

As you can see, this scenario makes the next two games against Nebraska and Colorado extremely important, if Iowa State wants to make the Big 12 Tournament week somewhat exciting.

If I am an Iowa State fan looking at this scenario, I do not want to play Texas in the first round. In fact, Baylor isn’t a pleasant option either. But if Iowa State can somehow leapfrog Colorado to get that 10th seed, then we could be talking about a potential tournament run. Iowa State can play with the Oklahoma State’s, the Texas Tech’s and the Oklahoma’s of the world. If Baylor or Texas pops up in the first round, I wouldn’t be so confident.

At this point, there is no reason to not think about a Big 12 Tournament championship for the Iowa State women. If the season would end right now, Bill Fennelly’s Cyclones would get a bye in the first round (along with Nebraska, Oklahoma and Texas), as the third seed in the tournament. Here is what the first round matchups would look like.

Iowa State would get the winner of the Oklahoma State – Kansas State game, which would be very winnable. That would put the Cyclones in the semi-finals against a likely opponent of Oklahoma, who Iowa State beat by seven earlier this season.

With four games remaining, it is imperative for Iowa State to at the very least, take care of business at home against Kansas State and Colorado. They’ll likely be a favorite heading into Lawrence on Wednesday, which would leave a tough road game against Oklahoma State on March 3.

If playing up to par, this team could win out. Winning two of four would almost assure them of getting a bye in the conference tournament. Taking three of four would seal the deal.

In another note, CycloneFanatic.com will be in Kansas City providing complete coverage of both tournaments for readers. 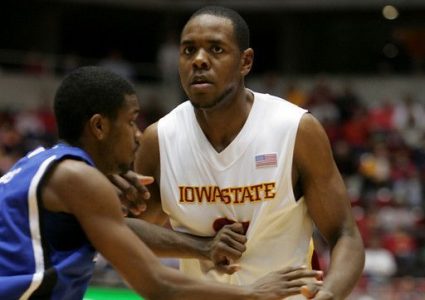