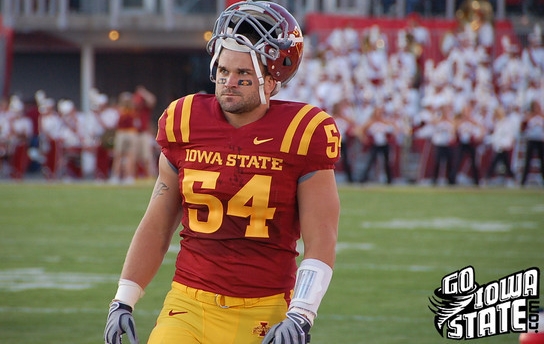 By Kirk Haaland, CycloneFanatic.com Blogger No, the knocking isn’t on the men’s room door, it is for the Iowa State men’s basketball team. Playing an elite program on national television is hardly a new endeavor for the Clones, having perennial power Kansas twice on the slate every season, but this will be the first ever game for the Cyclones against fifth-ranked Duke. It is an outstanding opportunity for the team to not only make a statement to the nation but more importantly, to themselves. To prove that they can compete with the elite programs just a couple of weeks before second-ranked Texas and top-ranked Kansas come to town.

The Cyclones weren’t exactly crisp in many phases of the game against Houston, often making poor shot selections and poor decisions with passes. The defensive rotations were incredibly late to help on penetration. This could’ve been done to limit dump offs to uncovered big men due to the rotation. Figuring that a late contested shot would be more difficult than a Houston big man against a guard rotating down late, but that doesn’t seem likely.

Many of Iowa State’s key players struggled for the better part of the game and they were still able to come away with their first, close victory of the season. I was hoping going in that they would win a close game just so they could start to get some experience in those situations, I just would’ve preferred that they played better. The on ball defense was really pretty good, forcing tough shots for Houston. The problem being that they were just making them. There were probably seven or eight shots where I told my buddy, “not much you can do about that.”

The Clones will certainly have to play better to knock off Duke or even to be in the game. Duke has been playing very well ever since their loss to Wisconsin in the Big Ten/ACC Challenge. It will be the first very stiff test of the year for ISU and could propel this team into conference play. Even a close loss could end up being similar to that of the New York Giants loss to the Patriots in the final game of the regular season in 2008, before the Giants went on to win the Superbowl in that same season. Either way it is an exciting opportunity for this team and for us as fans.

Insight road trip, Tempe, and game oddities and observations • Las Vegas, NM…who knew? Did anybody else see the road sign for 112 miles to Las Vegas and have to knock some fog out of the noggin at a ridiculously early/late hour to remember your seventh-grade geography and how you could be so close to THE Las Vegas?

• We must have passed 20 crappy cars with another crappy car in tow between Colorado Springs and Albuquerque. One example being a Pontiac Sunfire with a banged up rear bumper and plastic for a rear window pulling a 90’s Honda Civic with no windshield.

• Round one of travel through New Mexico wasn’t the greatest with the fog and snow showers coupled with our need of new windshield wipers. Personal thanks to the FedEx semi that we followed for about 40 miles…you saved the day!

• Tempe was an excellent bowl host with a very convenient setup with the proximity of Mill Avenue to the stadium and the light rail system, albeit the only bowl game I’ve ever attended.

• Don’t take this the wrong way as it is simply an observation that I’m sure can be explained by the good weather and excellent public transportation setup in Phoenix, but was it just me or were there a disproportionate number of people in wheelchairs in Phoenix/Tempe?

• People wearing Hawkeye gear to the pep rally and game…why? Third party clothing has to be one of the dumbest things out there. If you’re a Cyclone fan in Miami attending Orange Bowl events go neutral. It’s the only way to be.

• I’m going to tread lightly here, but sitting in the student section was a gross miscalculation for this 25 year old. Maybe it was the bowl game atmosphere or the copious amounts of alcohol consumed by some, but oblivious students ruined some of the game for me. If I never see another thunder stick again that will be okay with me.

• Sun Devil Stadium: There are these things called “game stats” that many patrons like to be continuously updated with. You should find some technological way to communicate these “stats”. Maybe one of the two video boards or maybe the ribbon board that essentially ran clear around the field that only showed a constant animation of the Insight logo.

• For as much discussion as there was centering on Paul Burmeister prior to the game, that color commentator was a travesty when I watched my recording of the game. Calling the Jake Williams touchdown catch a “Hail Mary”? Say huh?

• I understand some of the complaints about Arnaud. I mean, he was the direct source for all four turnovers. The interceptions were bad reads for sure, but other than that I thought he threw the ball about as accurately as he had all season. While some lob the complaints his direction I haven’t heard much discussion about him converting two consecutive 3rd-and-14 situations on the touchdown drive to end the first half or the number of times he turns a three-yard run into a six-yard run. Arnaud will never be Dan Marino, but in some ways he reminds me of Jesse Smith, but with more natural ability. He may not be the prettiest of options, but when it gets down to it, I want Austen and his intangibles on my side.

• How big was that decision late in the first half to give the offense the green light to try and score with 1:22 left on the clock? That’s a spot where the previous two staffs would have more than likely sat on the ball.

• Marquis Hamilton, that was a phenomenal catch.

• No offense to Chris Lyle at all because he played a great game, but I would give the Defensive MVP of the game to Jesse Smith for that late fumble he forced by itself. How indicative is that one play of Smith’s career? Just when it looks like he is getting over powered and removed from a play by a blocker, he makes the biggest play of the game poking the ball loose. His perseverance as a Cyclone has been unmatched and he will be missed.

• Looking at the seniors after the game like Nate Frere, Reggie Stephens, Jesse Smith, and James Smith I can’t help but smile. This class has gone through so much, and was finally able to win a bowl game in their last hoorah.

Trivia Time Last week’s question: Other than the 2000 Insight.com bowl, what are the most points ever scored by ISU in a bowl game? How many? What was the bowl game? Who was the opponent? What was the final score?

This week: Before the game against Houston on Sunday when was the last time ISU won a double-overtime game at home? What was the final score?

Outside the men’s room: Cyclone in Alabama