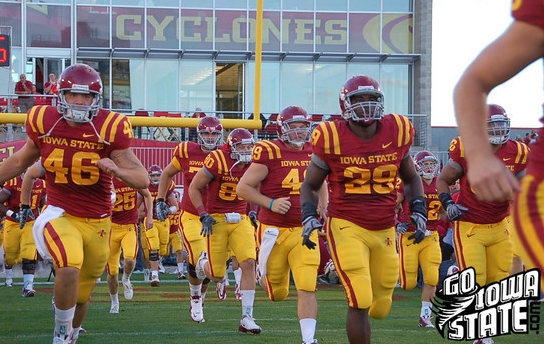 Let me explain. I graduated from Iowa State in the spring of 2006 and have been working full-time ever since. In that time, not only have I never had a sports discussion around water cooler, I’ve never even seen a water cooler at work. However, outside the men’s restroom is where it’s at. I have had countless conversations droning on and on about anything and everything in the world of sports, outside the men’s room. So that will be the title of this weekly piece here at CF.

Chris Williams has afforded me the opportunity to share some insights (if I could be so brazen as to suggest that any of my thoughts could be considered insightful) and opinions. Hopefully you will enjoy them. I’m not much different than most of you. I grew up a stones throw from Ames and have never been able to get much farther. I’m not sure that I qualify as a charter member of Cyclone Fanatic, but I do know that I joined very early on and have been reading ever since. I’ll spare you all the other details about me and let you judge for my articles for yourself. However, there is a good chance that at some point in the near future that you will be subjected to pictures of my 1.5 year old daughter in her Cyclone cheerleader outfit.

Much kudos to Mike Lacey and the Cyclone Gridiron Club for organizing two bus loads of roughly 100 Cyclone fans to make the trip down to Columbia. A trip like this can never run flawlessly. However, this one was close enough and at a very reasonable price of $75, which included the game ticket.

I made the trip without any expectation of winning, and was thus thoroughly surprised with how well ISU played, especially in the first half. Austen Arnaud threw the ball pretty well on the day, sans the two interceptions. Alexander Robinson was effective with 4.0 yards per carry. I thought that he could’ve been used a bit more, but it’s hard to complain when the offense moves the ball pretty effectively all day.

The defense played their best football of the season when playing against an offense that actually had a pulse—especially considering that offense’s strength is matched up against a perceived weakness of the ISU defense. The two big plays in the third quarter, a 70- yard touchdown pass down the sideline and a 63-yard wide receiver screen for another touchdown, by the Tiger offense proved to be crippling.

The turnover that Iowa State forced and the subsequent Darius Darks touchdown catch right before halftime was huge. The Cyclone offense started with the ball in the second half but was unable to maintain the momentum and get an early scoring drive. The lateral play to Scott Haughton later in the third quarter to tie the game at 24 was an awesome surprise. I hadn’t expected to see a 330-pound lineman rumbling 12 yards for a touchdown. That alone made the 10 hour round trip well worth it.

I sat right in front of an older couple who were Tiger fans who were for the most part pleasant, albeit a little rough around the edges. She was very complimentary of our team and even a little self-deprecating. I couldn’t understand much of what the man had to say. Don’t let anyone try to sell you on the fact that Jack Trice is the worst stadium in the Big 12. I’m not claiming that the Columbia’s version of Memorial Stadium is worse, but let’s just say that it is a close call. That is without even factoring in the stadium situations in Lawrence, Kan. and Waco, Tex.

Other than the two quick strike plays for MU in the second half, the low point of the game was the security staff of Faurot Field confiscating “First Down Guy’s” plastic blow horn. It seemed a little weak on their part. I’m sure that the letter of the law does not allow artificial noisemakers. But it is only used during dead balls or when ISU had the ball, not all that advantageous. It certainly wasn’t the vuvuzelas that were so obnoxious at soccer’s Confederation’s Cup in South Africa this past summer (the tournament where the United States made the surprise run to the finals before losing to Brazil). The ISU fans ended up circumventing the loss of the blow horn anyway and soldiered on with the first down cheer.

Coach Norman Dale: There’s a tradition in tournament play-not to talk about the next step until you’ve climbed the one in front of you. I’m sure going to the state finals is beyond your wildest dreams, so let’s just keep it right there.

What a difference a year makes. With many of the same characters back and an infusion of talented players—one for every class (freshmen through senior)—the Cyclone men’s basketball team has already made a serious impression on fans, as well it should. The Cyclones have an opportunity to win five games in a row by 20 points or more for the first time since, ahem, the 99-00 team. Comparing this team to that one at this juncture is a little bit whacky and we would certainly be getting ahead of ourselves. However, when you go through four consecutive seasons of poor basketball like we have, it is easy to get excited.

The game against Mississippi Valley State was another impressive outing, although the Cyclones were a bit slow out of the gates. The offense eventually started to click when the ball was routed through Craig Brackins and he was able to start getting into the paint. In actuality, the biggest spark may have been his dunk attempt that appeared to be missed but bounced off the back of the rim about 10-feet and then dropped down straight through the net. Maybe the most telling revelation of the game was that with eight minutes left, most of the starters were never on the floor together the rest of the way and the lead was still extended. That hasn’t happened in a long time.

Perhaps the quirkiest stat so far on the season is that Iowa State is shooting 54% from the 3-point line (40/74) and 63% from the free throw line (46/73). Free throw shooting and turnovers both could stand to be improved, especially as the competition starts to really pick up.

I have been rambling since the preseason about the superior depth, athleticism, and after the first few games all of these things seem to be true. Additionally, there are no fewer than eleven guys who appear to be capable of contributing. A consistent eleven man rotation can be difficult to manage, and against Drake we already witnessed Dominique Buckley and Justin Hamilton (although starting and was in foul trouble) experiencing diminishing roles. That was the case without even having the services of LaRon Dendy. Scott Christopherson just keeps finding ways to get into double-figures. Charles Boozer will probably always get a few minutes here and there due to his energy. As the season wears on, I think the rotation of players will start to get pared down. It’s difficult to play and get into a rhythm with more than eight or nine guys out there, in my opinion.

My out on a limb prediction for this team is that they’ll be ranked by Christmas. After the Tennessee State game, there is a crucial seven game stretch in the non-conference before Christmas that will tell us a lot and could lead to an ISU appearance in the polls. Games with St. Louis, Notre Dame, UNI, Cal, and Iowa will give the Cyclones a chance to prove that they are top 25 mettle. As an FYI, I picked the Cyclones to be 23-8 (10-6) this year.

The Big 12 North bowl picture is finally taking shape. Iowa State fans we want to pull like crazy for Oklahoma State to make the BCS and bump everyone up a slot in the pecking order. Even if Oklahoma State isn’t the first at-large selection by the Fiesta Bowl, as they continue through the process, the Cowboys will be competing with Boise State on the back end of the selection. Boise State plays Nevada this week. An upset is unlikely on the blue turf, but the Wolf Pack have an explosive running offense and could pull off the big one.

Kansas State has now been eliminated from contention and Kansas needs a win at Arrowhead in Kansas City over Missouri to become eligible. At this point Missouri is plenty beatable. I just can’t see Kansas snapping their six game losing skid amidst all the turmoil in their program right now (more on that later).

For the Cyclones, it appears to be coming down to the Independence and Insight Bowls. Plan accordingly. I do have a word of caution with the Independence bowl to the Cyclone fans hoping for the intriguing match-up of the bowl season that would pit Iowa State versus Auburn. The Cyclones may have the emotional advantage for the game, but I’m not sure that is a game we want to play. In reality, a loss probably wouldn’t do much to set back what Paul Rhoads has already built, but it surely wouldn’t help to lose that one. And I think a win against Auburn is far from a sure thing.

“An old man turned ninety-eight. He won the lottery and died the next day.”

I’m finding the Mark Mangino situation brewing in Lawrence terribly ironic. Iowa State fans will remember well the Big 12 opener of 2008 against Kansas, which was played in Ames. ISU goes to half with a 20-0 lead, only to have our then “fearless leader” lead the team to a 35-33 defeat. After the game, Mangino was lauded for how he handled halftime. “What do I remember? How calm the atmosphere was. Walking up that ramp at halftime, all I could imagine was how loud it was going to be in there. But coach was very calm and collected. He was relaxed and under control. I think that’s the way it was handled best. We’re under control. We’re not stressed by any means … I think everyone was ready for an earful of stuff,” said Kerry Meier.

Apparently, that was then and this is now. Accusations are swirling of Mangino being verbally and in some cases physically abusive to his players and at times, forcing them to play through injuries unnecessarily. It sounds to me like two different guys. One was coming off of a miracle Orange Bowl season and the other is on a six-game losing streak. How quickly things can change. If there was ever a doubt that winning does indeed make everything better, this is it.

NOTE: I do realize that all of the examples of irony from the Alanis Morissette song are more misfortunes than they are ironic. 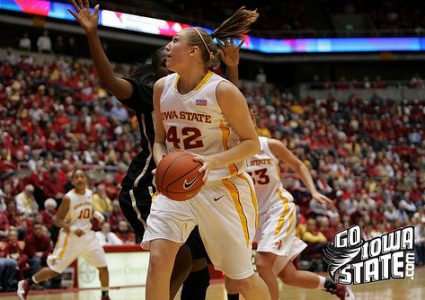